“I like him, he’s charming, but he has a tremendous amount of commitments,” she said of the Plainfield freeholder she relieved of the party line this morning.

“There’s a place for any good Democrat in the party,” DeFilippo added. “He’s just disappointed. You have to decide, or people will decide for you. People didn’t see him at a lot of things – your involvement in county events has to be higher than the average person’s – and people are disappointed. Do I like him? Absolutely. I just think he has to focus on one thing.”

Van Blake’s allies believe they have a Plainfield version of Cory Booker in the making in the television actor with a financial background, a former footfall standout in Plainfield.

The county chair denied she intends to fill the seat with a candidate from Linden.

“Would I take a Lindenite if no one was available?” DeFilippo added. “Absolutely.”

The party will have a candidates’ screening on Wednesday night. 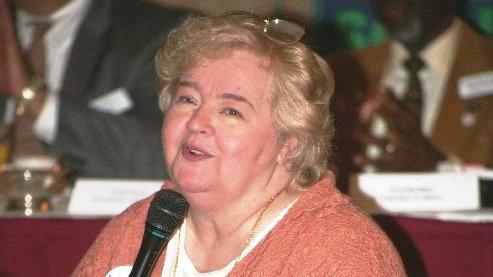