A recent poll conducted by Gov. Chris Christie’s pollster, Adam Geller of National Research, shows that U.S. Rep. Rush Holt’s hard re-elect numbers have gone down.  A recent poll shows that 39% of twelfth district voters believe Holt deserves to be re-elected, while 41% believe it is time for a new person. When Geller polled the district in 2004, Holt’s re-elect was at 51% and just 23% wanted a new congressman.

“We know from countless examples that money is not a message. Candidates with deep pockets don’t necessarily impress voters (just ask Jon Corzine). Voters care about bio; they want to know who the candidate is and what they have done. And therein lies a huge difference between Mike Halfacre and Scott Siprelle,” Geller said in an internal campaign memo obtained by PolitickerNJ.com.

In a head to head ballot test between Holt and “a Republican who, as Mayor, cut spending and lowered property taxes three years in a row,” Holt trailed by five percentage points, 46%-41%.  Against “a Republican who made millions on Wall Street, and who contributed some of his money to Democrats like Chuck Schumer and five House Democrats as recently as June of 2009,” Holt has a huge lead: 55%-20%.

“The bottom line: FEC records don’t lie.  Neither do official municipal records. The donations to Democrats are part of Mr. Sipprelle’s background, just as spending cuts and tax reductions are a part of Mike Halfacre’s background,” Geller wrote.  “With the specter of Jon Corzine still looming over New Jersey, and the popularity of Governor Chris Christie due to his commitment to lowering spending and taxes, the environment in New Jersey clearly favors a tax cutting mayor over a wealthy former Wall Streeter. Voters want someone to advocate on their behalf in Washington; they want someone who gets it. They see Mike Halfacre as a much better choice to be the Republican standard-bearer in the 12th CD in this critical election year.” 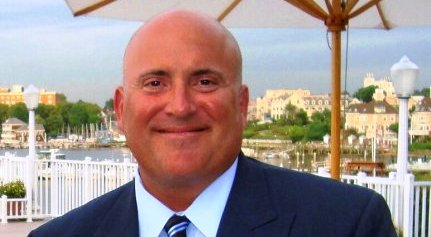