Presenting a compromise strategy in the midst of ongoing state budget impact talks at the local level, the New Jersey School Boards Association (NJSBA) wants teacher wage freezes acrosss the board – a Republican governor’s suggestion – coupled with extension of the millionaire’s tax by a year – a Democratic legislature’s input – to help the state through its fiscal crisis.

“Practical solutions have to take precedent over narrow interests and political ideology,” Bilik added. “The strategies that we advocate are designed to help school districts navigate the 2010-2011 budget year with as little damage as possible to education programs for school children.”

The association, moreover, wants the legislature to quickly move to address a burdensome cost of post-retirement medical benefits for school district emplyees, and suspend school budget elections this year owing to lack of information about state aid.

While doubling down today in Ramsey on his insistence of salary freezes, Christie also issued a statement seeming to signal his willingness to negotiate in accord with the NJSBA suggestions.

“Only by compromise and working together can we protect our educational priorities and avoid the path to higher property taxes, staff and teacher layoffs and undercutting the quality of our children’s education, said the governor. “In the end, hunkering down and grudgingly adhering to the narrow self-interests of the few, versus standing up for the wider public interest, will indeed hurt our children. We know that there are many rank and file teachers out there who know in their hearts that a practical response and short-term sacrifice is the right approach and in the interests of the entire community of teachers.  Unfortunately, this position is not shared by those who profess to lead and represent them.  Working together, we can all get through this and minimize the pain of our fiscal crisis on our schools, employees and our children.”

BlackBerrys immediately buzzed with Democrats wondering if Christie’s statement equaled an endorsement of the school board’s recomendations, reading it early as backpedal mode after the governor’s initial vow to veto the so-called millionaire’s tax if it reached his desk.

State Sen. Loretta Weinberg (D-Teaneck) said maybe the governor has begun to feel the chill from below concerning the cuts he proposed to schools and towns, but noted that the situation at present is far from compromise.

“The legislature would first have to re-institute the millionaire’s tax and unions would have to agree to reopen their contracts, but maybe he’s been hearing the voices of the public,” said the senator. “What he’s proposed is wrong: working people at the bottom of the wage scale paying more in taxes, while those at the top of the wage scale do not. If he’s willing to help us reinstitute the surcharge for another year or so, then we have something to talk about.”

Republicans argue that Democrats want an issue more than they want reinstatement of the millionaire’s tax.

“They chose not to reinstate the tax,” said state Sen. Kevin O’Toole (R-Cedar Grove). “They could have. If it meant so much to them, why didn’t they reinstate the tax when Gov. Corzine was still in office?”

For her part, “I hope this is evidence of flexibility,” said state Senate Majority Leader Barbara Buono (D-Metuchen).

Another Democrat – power player executive – said Christie should cut the NJSBA deal recommendation, including reinstatement of the millionaire’s tax only if each and every school and municpal and county employee takes a zero percent salary increase for FY 2011.

But by the end of the day, governor’s spokesman Mike Drewniak said Christie’s praise for the NJSBA statement targeted their willingness to drive the teacher salary freeze issue, not the millionaire’s tax.

“Unequivocally no,” Drewniak said when asked about the latter suggestion. 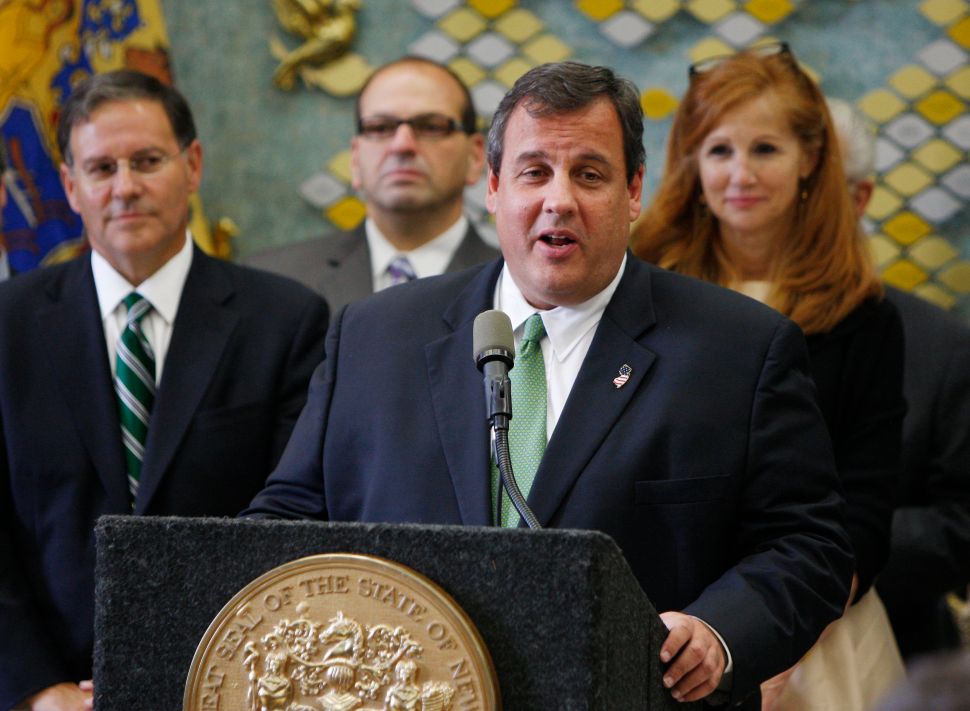