“We cut taxes three years in a row in Fair Haven,” he says. “We did the same things Governor Christie’s doing now in Trenton. We made hard choices, and our taxpayers thank us for it everyday.”

“You don’t need to be a rocket scientist to cut taxes, but you do need to believe… that taxpayer money is not a limitless resources and that our money is spent more wisely by ourselves than our government,” says Halfacre, a reference to Holt’s political slogan.

Nascent Middlesex GOP chairman Sam Thompson comes out of his chair at the end of the mayor’s speech. He’s angered by the reference to Sipprelle’s on again, off again GOP background.

“There is an idelogy that worships big government and it has pushed us to the tipping point. Make no mistake, this healthcare bill, which is an example of this ideology, is pure sociaalism. And understand this, Rush Holt is the fiercest combatant on the frontline of that ideology.”

Sipprelle boasts experience and success in the prviate sector.

“If you choose me, you will get someone that will demand we run our country with the same fiscal common sense as you run your household,” he says. “Let’s choose the road to Republican victory all over Middlesex County. Let’s take our country back.” 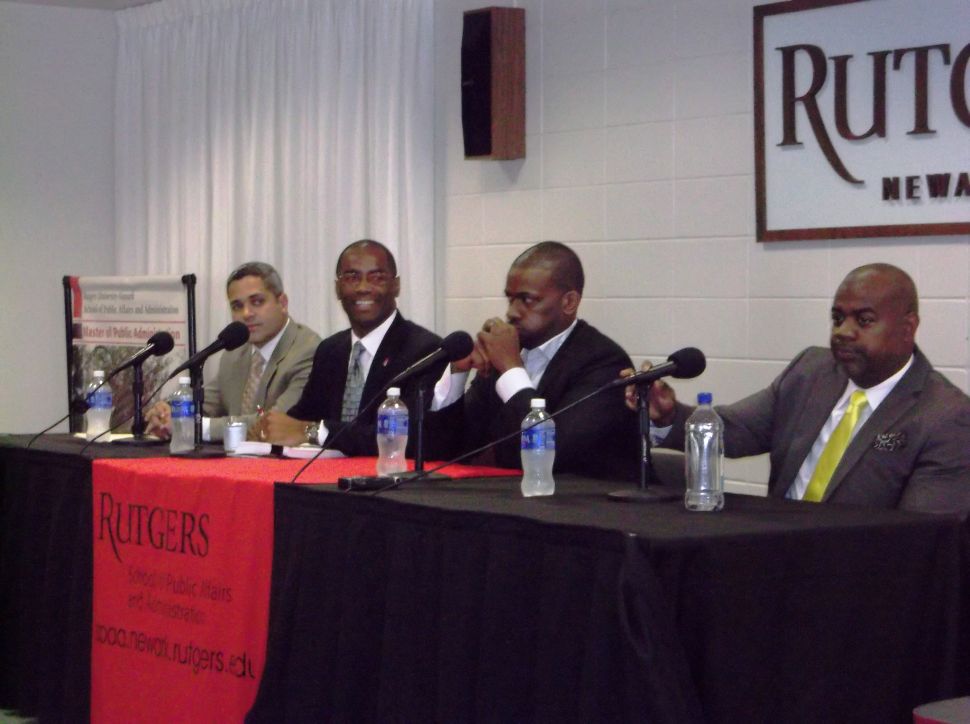