BRIDGEWATER – Discharged from the Republican Party line exactly a year ago today as payback for running an independent bid for Congress in the 7th Congressional District, effectively ending his run in local government here, former Bridgewater Council President Michael Hsing said he does not intend to be a congressional candidate again in 2010.

“I tried my best, we put out a very good effort, but right now I’m focused on business,” Hsing added. “I’m running two small companies and am very busy.”

Chastised by his party for running the upstart candidacy after failing to gain traction as a Republican candidate for Congress, Hsing said he believes he penetrated the Democrats’ base more than the Republicans’ in 2008.

“My own assessment is that I drew about 4% from Democrats and less than 2% from Republicans,” Hsing told PolitickerNJ.com. “That was my strategy. I didn’t set out to defeat the Republican candidate.”

The 7th District contains a South Asian community of about 11,400. Rather than campaign in Lance’s home territory of Hunterdon County, Hsing said he concentrated his efforts on the Asian American areas in Middlesex: the parts of Edison and Woodbridge in the district, and East Brunswick.

“Most Asian voters in the district are Democrats,” said Hsing. “Many of them also do not read English-Language newspapers but obtain their print news through Chinese newspapers, which I would say are mostly liberal.” 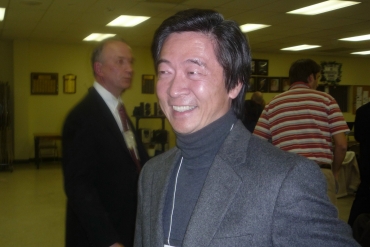