Today marks the 28th anniversary of the death of Clifford Case (R-Rahway), who represented New Jersey in the United States Senate from 1955 to 1979.  Six days after that, on March 11, four-term U.S. Senator Harrison Williams (D-Bedminster) resigned from the Senate just before a vote to expel him following his conviction on federal bribery and conspiracy charges.

Case, who was 77 when he died, had left the Senate after narrowly losing the 1978 GOP primary to conservative Jeffrey Bell.  Some veteran pundits think that Case, a liberal Republican who had strong and committed labor support, would have beaten Democrat Bill Bradley in the general election.

Case’s re-election would have meant that Republican Gov. Thomas Kean would have appointed two U.S. Senators in the same week.  When Williams resigned, Kean declined to take sides in a primary between Bell (who endorsed him in the 1981 gubernatorial primary) and U.S. Rep. Millicent Fenwick, so he picked Somerset County GOP State Committeeman Nicholas Brady (R-Far Hills) to hold the seat on an interim basis.  Fenwick narrowly defeated Bell in the primary, but lost the general election to Democrat Frank Lautenberg.  Brady went on to serve as U.S. Secretary of the Treasury under Presidents Reagan and Bush.

At Case’s funeral, held the day before Williams resigned, Kean told reporters he had given some thought to appointing Case to Williams’ Senate seat on an interim basis.  Democrats had tried to convince Williams to step down two months earlier so that outgoing Gov. Brendan Byrne could appoint a Democrat to the Senate.  Byrne attended Kean’s inauguration with a letter designating his pick for the Senate seat, just in case Williams changed his mind.  In 2002, Byrne told PolitickerNJ.com that his choice would have been former Senate President Joseph Merlino (D-Trenton). 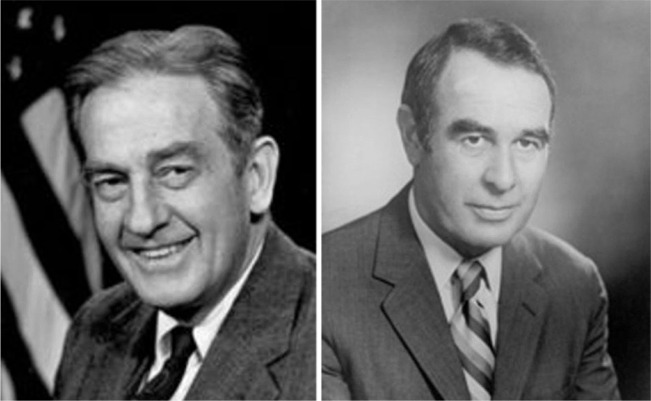