TRENTON – In the middle of a mayoral campaign to succeed him, there will be no quiet fadeway for Mayor Doug Palmer, whose city takes a jarring $44 million hit in Gov. Chris Christie’s budget.

“When he said he was going to turn Trenton upside down, I thought he meant the state capitol, not the city – but his budget will basically bankrupt the city,” said Palmer.

“This is 20% of our whole budget, and 65% of our budget is police and fire,” he added. “I don’t know how he expects we could survive with that. We’re the second smallest state capital in the country, and we’re asking for money we’re owed.”

With six weeks to go in the campaign, ten candidates scramble to out-outrage one another in response to Christie’s cuts, which amount to $34 million in capital city aid and $10 million in municipal aid.

If Palmer was the bad guy to this point in the campaign for candidates running on a “change” theme, Christie has positioned himself with his budget as an even more objectionable overlord.

“It’s completely unacceptable,” longtime Palmer critic Frank Weeden, a buisnessman running a grassroots campaign to take Palmer’s place, said of Christie’s budget. “The capital city funds he’s removing has to do with payment in lieu of taxes. This is money we would collect in taxes, and the state absolutely has to pay that. This is catastrophic.”

Weeden acknowledged the irony of Palmer of all people being able to emerge in his final months as a bulwark against what the mayoral candidate sees as gubernatorial mayhem.

“This is a mayor who should be fighting to keep what we’re entitled to, who has not in the ongoing two years of this crisis not done some basic things to cut his spending,” said the candidate. “He’s still driving around in a chauffered car and received an illegal salary raise. Employees are driving take-home cars, and there’s a lot of patronage and perks at the top. It’s a top-heavy administration.”

Palmer’s allies say the mayor travels with a police officer not a chauffer, a security measure as a consequence of an assault on Palmer in a church five years ago.

“I don’t want to create nastiness with the governor because I might be working with him soon but I believe the governor and his staff should take a long look before they start chopping things,” Segura. “It’s not fair. I know that things are bad, but a lot of municpalities have been in good shape while Trenton has been bad for a very long time. This is punishment for our kids.”

Council President Paul Pintella, meanwhile – a Palmer ally – seized on the bad news at the state level to proclaim himself the steady hand candidate in the face of a new adversary.

“This is drastic,” Pintell said. “I don’t know how this governor expects us to make up that kind of money. We are in the process of closing down schools and laying off teachers. Unless the state restores those cuts, we’re going to be hurting pretty bad. I’ve called on the state delegation to restore funding we need.

“I know the issues and that needs to be communicated to the governor as to the real impact his budget would have in terms of this urban municipality,” Pintella added. “I am prepared for an honest dialogue. If we did not have to be dependent, we would be very happy. We would happy with commercial ratables and high rises dowtown that would make us Philly east, but we’re not there yet. If the state is not going to give us the value of captial aid, they should pay the estimated tax on their properties. Folks come in and utilize our roadways, our police and fire, and sewer, and there’s no relief from that. So let’s have enabling legislation to tax wages, a commuter tax, an entertainment tax for Sun Bank Arena, the waterfront, the baseball stadium and Trenton War Memorial. If there’s no give-back, then we’re a host capital that’s being treated like a doormat.” 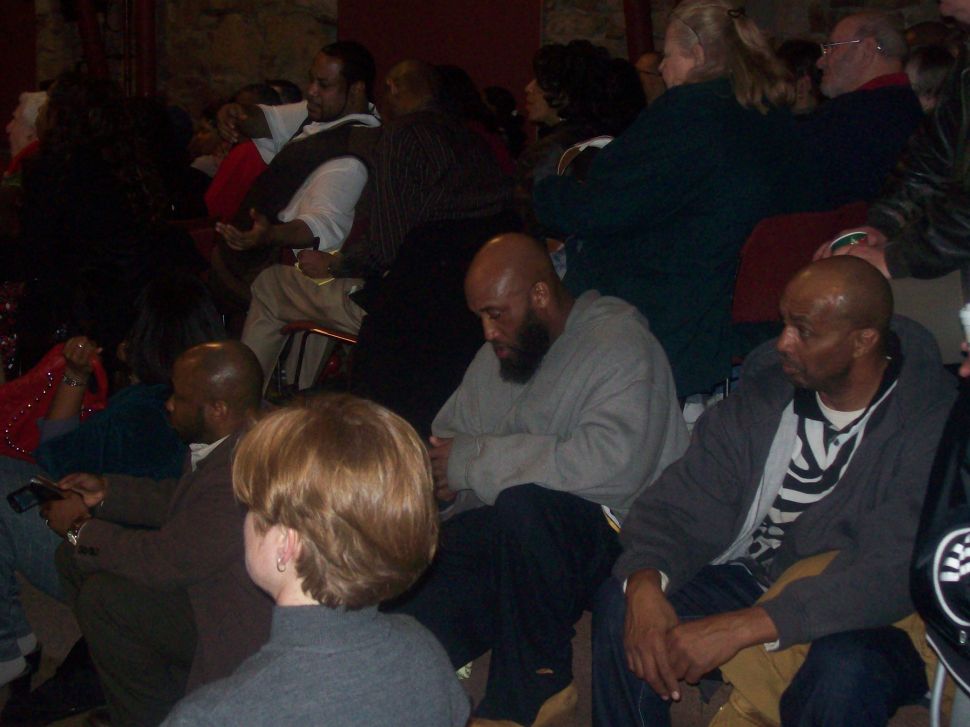