Long Branch Mayor Adam Schneider knew Solomon Dwek. No big deal, he says. Dwek was a well-heeled waterfront speculator down here from Deal. Knew a lot of people, gave to a lot of organizations.

“I was at his wedding – 20 years ago!” says the veteran mayor, up for re-election on May 11th and facing a challenge from Councilman Brian Unger (pictured).

Two boardwalk politicians who already detest each other, Unger now continues to try to make recently wire-wearing real estate developer Dwek an issue for Schneider with six weeks to go in this non-partisan contest.

“I am asking Adam Schneider directly: did you ever, at any time, or in any location, meet with Solomon Dwek and a Long Branch city councilman?”

The question, says Unger, refers to court filings describing Dwek and associate Barry Kantrowitz meeting with the mayor and an unnamed councilman to discuss a $10,000 bribe Kantrowitz said Dwek gave the councilman in exchange for zoning approvals to build 11 townhouses in Long Branch.

Schneider in response says there’s nothing there.

“Our campaign took money from Solomon Dwek ten years ago,” says the mayor, referring to the investor convicted for bank fraud in 2006 who subsequently donned a wire for the FBI and helped net dozens of political operatives as part of Operation Bid Rig.

“Maybe eight years ago – 2001-2002 period,” Schneider adds. “He was a local philanthropist for many years. I’m a lawyer. I heard he was in trouble, we had an inkling this was coming out. Clients gave me a heads up, and we made a decision to stop taking money. It was not a total shock when it happened.

“But I’m not the guy they’re referring to. Brian is making allegations through innuendos. There’s never been an investigation. I’ve never been questioned, never subpoenaed.”

Unger landed on the council in 2006 to fill a vacancy caused after City Councilman John Zambrano, a Schneider ally, pleaded guilty to taking a $1,000 bribe from an FBI informant.

Schneider won’t comment on whether the councilman in the court filings referred to by Unger was Zambrano.

“I am not convinced that a bribe didn’t take place,” says the councilman. “Developers who bribe don’t care whether it is a zoning board or a planning board, they want their project approval guaranteed, and they grease the wheels to make sure.”

Four years ago, immersed in the campaign aftermath of eminent domain and trying to answer to the voters for unleashing bulldozers on Section 8 housing to make way for mostly luxury condos and Pier Village, Schneider finally gutted out a win with almost 56% of the vote.

This year, his polling shows he needs to work, but he aims to win again.

“I’m going to go out and knock on doors – I was out tonight,” he says. “I have a record of improving parks, holding the line on taxes. I’m telling people what we’ve done. My reputation in this town is solid. If Brian wants to try to besmirch it, that’s on him. His website last night said ‘come watch the fireworks tonight.’ No one showed up. Those who did saw Brian’s campaign manager standing at the microphone.

“Look,” the mayor adds, “Dwek was a huge campaign contributor, he was contributing to the Monmouth County Democratic Party, the organization that backs Brian against me, yeah, they took thousands of dollars up to 2004-2005. Brian’s so ethical?” 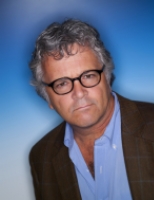