TRENTON – On the day of the Democratic Convention in Bergen County, Assemblyman Gordon Johnson (D-Englewood) doesn’t have any warm and fuzzy words for Party Chairman Michael Kasparian, who took over last year after the feds demolished former Chairman Joe Ferriero.

“He was brought in to be a reformer of the party,” Johnson said of Kasparian. “But I have not seen much action in regard to him being the change agent the party needs. We’ll see how the candidates shake out tonight. But I have not seen a countywide strategy for Democrats to win.”

“This is a critical, difficult election year,” he said. “I have to see what plans and strategies they come up with. Right now they’re not there. We need something tangible no later than April.”

“This is a chairman who agreed to serve in a tumultuous time,” Ariyan said. “He instituted ethics training for all county committee people, we had a packed house last week for a BCDO candidates night, the likes of which we haven’t seen in a decade. He was brought in to stabilize the party, and I don’t think the criticisms are fair or warranted.” 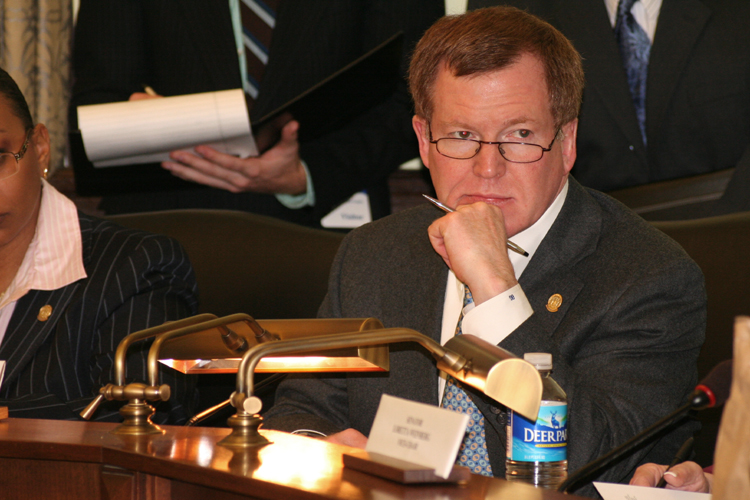