Mayor Brian P. Stack’s campaign kick-off last night against long-shot local opposition drew Democratic Party big shots from all corners of the state to North Hudson for a chance to squeeze onto a jam-packed stage of luminaries behind the Union City political animal.

Said to be U.S. Sen. Bob Menendez’s (D-Hoboken) first choice to revive a battered Hudson County Democratic Organization in time for the senator’s 2012 re-election bid, Stack entered the strobe lit banquet hall to Rocky theme music and flexed his organizational skill and popularity with a crowd of more than 1,500 people. 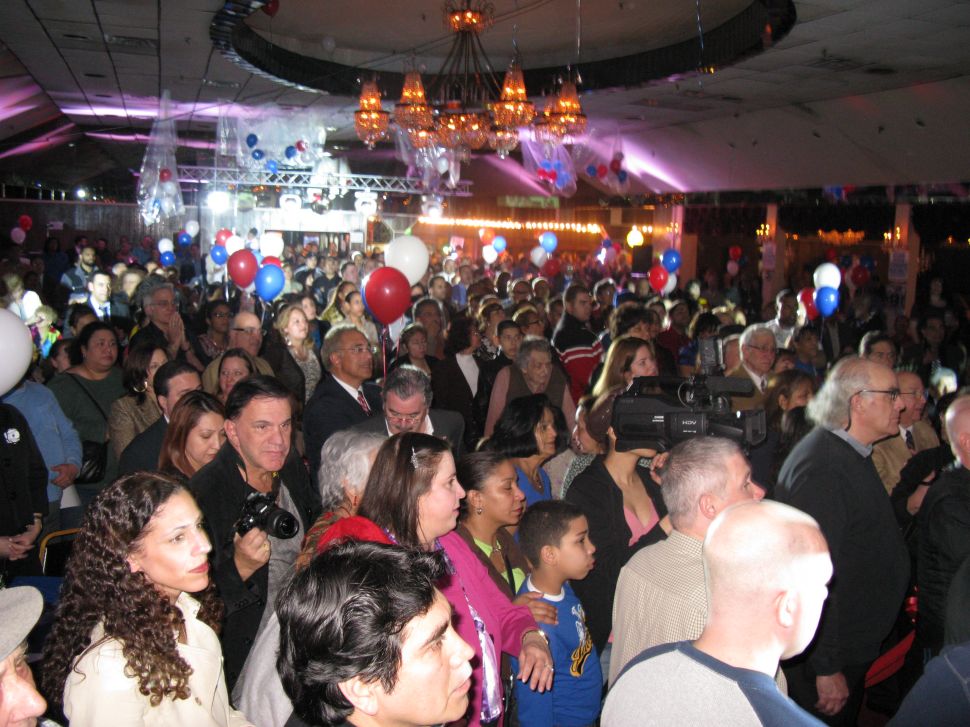