Parnofiello and Hennessey had agreed to a special election instead of a trial amidst allegations of voter fraud on both sides.

Former Jersey City Mayor Gerald McCann played a major role in Hennessey’s campaign, and his involvement became a campaign issue.  McCann allegedly visited the homes of several voters to question them about absentee ballots cast last November.  McCann was removed as mayor in 1992 following his criminal conviction on fraud charges.

Republicans have a 4-2 majority on the Borough Council. 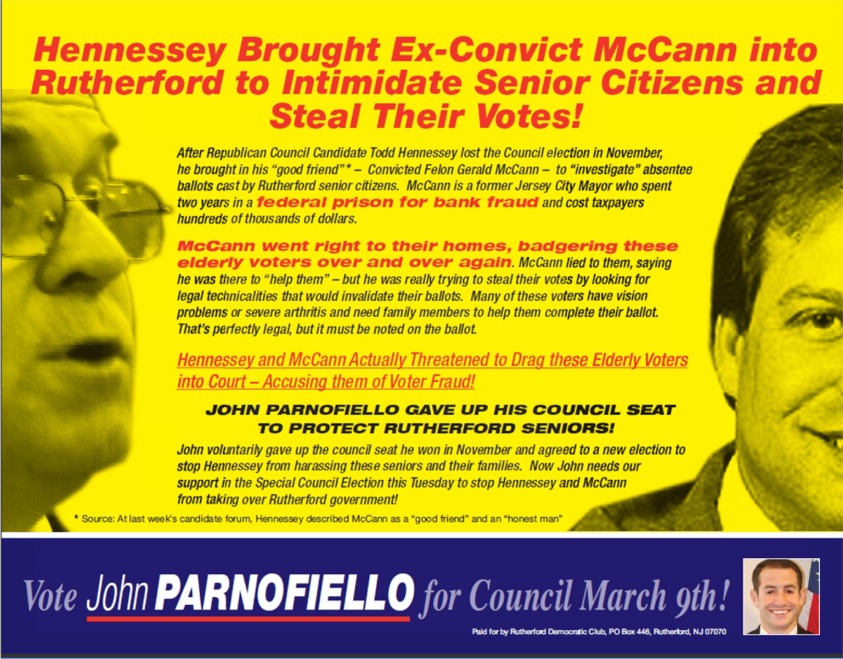