Seventh Congressional District candidate Ed Potosnak won the backing of the Union County Democrats’ screening committee Wednesday night, and secured the support of businessman Zenon Christodoulou, who removed his name from the running.

“I am honored to have Mr. Christodoulou’s support and I look forward to working with him,” said Potosnak.

In obtaining the backing of the Union Couty Democratic Organization, the former Bridgewater High School teacher and aide to U.S. Rep. Mike Honda (D-Ca.) chalked up his second straight endorsement from a county screening committee, having already notched Hunterdon.

“Earning the support of the Union County Democrats is a proud moment for me and our campaign,” said Potosnak, who recently moved to North Plainfield. “I am honored to have the confidence of Chairman DeFilippo and the other esteemed public officials and members of the Committee including Assemblywoman Linda Stender and Majority Leader Joseph Cryan.”

Union represents the largest concentration of Democratic Party voters of the four counties in the 7th District, where Potosnak is running for his party’s nomination to face U.S. Rep. Leonard Lance (R-Clinton) in the general election.

The Democrat also hopes to land the endorsements of his party’s county committees in Somerset and Middlesex. 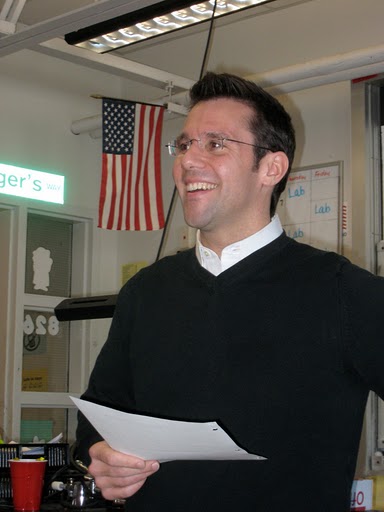