Today marks the 28th anniversary of Harrison Williams’ impassioned plea on the floor of the United States Senate in a last ditch effort to avoid his expulsion.  Williams was implicated in a federal corruption sting operation known as ABSCAM in April 1980 – something federal prosecutors did not confirm until August 1980.  The four-term Senator was indicted on October 31, 1980 and convicted on bribery and conspiracy charges on May 1, 1981.  He was sentenced on February 17, 1982, resigned on March 11, 1982 (just as the Senate was about to expel him), and began his three-year prison sentence on January 10, 1984.

More than 23 years ago, I stood proudly in this Senate chamber and raised my hand to take an oath – an oath I have never violated – as I became a member of this august body. Today, as I stand before you, I know that I am completely innocent of all crime or impropriety and am therefore totally confident that I will be fully exonerated in the Appeals Court.

We all have an important responsibility to deliberate on the most fundamental questions relating to the sovereign integrity of the United States Senate as an independent institution of Government.

This is the first time I am to be judged by my peers on the totality of the Abscam net that was crudely wrapped around me. In Brooklyn, where my law case was tried, the jury was specifically denied the right to consider Government misconduct. The Ethics Committee prohibited any consideration of the gross misconduct of the Department of Justice and the F.B.I.

If the Abscam operation is to be understood in its totality, not only my conduct but the Government’s conduct must be considered by the full United States Senate so that justice might be realized. These elements of the Department of Justice and the F.B.I., which sought to instigate and foster criminal activity where none existed, must bear responsibility for their part in this sordid affair. It is this Government misconduct – illegal, unconstitutional and ethically repugnant methods of those involved within the F.B.I. and the Justice Department who sought to implicate me in their criminal scheme. And it is in light of this executive culpability that we must consider the entire operation before we can consider the preposterous recommendation that I be expelled from this body – an action last taken in our history against those who committed treason during the Civil War.

No citizen should be made to answer by neither judicial nor moral standard for what it appears he or she may have done. Each citizen, however, must be held responsible in every respect, for what he or she has done. So it must be with a United States Senator. I have not committed a crime nor have I acted improperly. The misperception has been created by a certain media.

I rely upon you, my colleagues, to conduct a reasoned, thorough investigation of the reprehensible activities of the executive branch of Government during its Abscam operation. I rely upon you to perform the historic function for which this great body exists: to guide our nation on the course of justice.

The constitutional barrier that separates the executive and legislative branches has been shattered by this attempt to create crime here. It’s the first time in the history of our country that it has happened. It has happened to me. It could happen again. My fight until most recently has been a lonely fight. But in conscience I had no choice. If this tactic went unchallenged tomorrow and tomorrow and tomorrow, it could become an executive method to control and intimidate this sovereign branch. I must say to you, my colleagues, that we are compelled, as hard as it is, as politically demanding as it is, to bring this issue to our judgment. Rules Out Resigning

I could have made it easier for all of you, my colleagues, by resigning as some counseled. However, to have done so would have led to a precedent that, carried forward, could destroy the Senate institution which I am pledged to uphold. To walk away from this fight – a matter of highest principle – would have been a betrayal of the trust placed in me by the citizens of New Jersey in four Senate elections. Therefore, I, and my wife, Jeanette, have been unwavering in our uphill struggle together.

At the very beginning of the Abscam affair two years ago, I along with all American citizens learned of the previously secret Government operation. As I looked out of my house and saw a barricade of media – who received leaks from the Department of Justice before I myself was accused of any crime – I knew then that the first principle of American justice was being turned on its head. That first principle of justice is that a man is innocent until proven guilty. I knew when I looked out at the sea of media, innocent though I was of any crime, that I would have to battle to prove my innocence. Perjury and Forgery Charged

At that moment, I knew that the fantasy that had been developing over the prior 13 months was an attempt to get me to appear to be doing something criminal.

Government agents, a hired criminal and a co-opted individual forged a letter on my Senate stationery. They committed major perjury, obstruction of justice and other crimes. They took bribes and gift favors from the convicted felon Mel Weinberg, who brazenly attempted at taxpayers’ expense to bring about my demise. They considered drugging me.

On June 10, 1979, Mel Weinberg had a telephone conversation in which he was told by those trying to set me up that I wasn’t a ”doer” and that I always moved ”quietly.” When Weinberg was directly told that I ”do not use power for any advantages,” he responded on tape: ”Oh, how can we make him use it?” (From Senate Select Ethics Committee Print, pages 10, 11, 12.)

The essence of the F.B.I. and the Department of Justice wrongdoing is the machinations of Mel Weinberg, the hired criminal and the errant Government operatives.

He stated: ”I think that people in public office have to be concerned that the people that they may be dealing with are undercover agents, and matters may ultimately be on tape, and may be prosecuted in the courts, and I think that this has to have an effective, inhibiting effect on public officials.”

Federal Judge Ruggero Aldisert of the United States Court of Appeals for the Third Circuit wrote on Feb. 12, 1982, in a dissenting opinion on Abscam, what the deeper meaning of this state of affairs represents.

Judge Aldisert’s eloquent words are: ”To the Department of Justice, its operation was a taste of honey; to me, it emanates a fetid odor whose putrescence threatens to spoil basic concepts of fairness and justice that I hold dear. That the F.B.I. has earned high praise for its performance in the traditional discharge of its duties should not immunize the secret police tactics employed in its Abscam operation from appropriate and vigorous condemnation.” Erwin Griswold, the former Solicitor General of the United States and longstanding eminent Dean of Harvard Law School, has also stated that the methods used in Abscam of surreptitiously taping innocent legislators raises the spectre of the ”police state” methods which we have always shunned. Senate Integrity at Stake

I, therefore, am before you not merely in my self-interest but to insure that we together preserve the integrity of the United States Senate as an institution and the very democratic principles which are our heritage.

I thus carry on this mission not only for myself on the personal level, but as part of a constitutional imperative at a time when this great document is severely threatened.

The grounds upon which I was falsely convicted in Brooklyn were specious and the result of artifice and further Government misconduct. Exculpatory documents were withheld from the jury by the prosecutor. One of the jurors, Salvatore Ottaviano, who voted to convict me, came forward on Sept. 16, 1981, with an affidavit in which he stated: ”That on Sept. 14, 1981, I reviewed for the first time, the two-page document captioned ‘exhibit 39-A Internal memorandum from Section Chief W.D. Gow to Assistant Director in Charge, Francis M. Mullen Jr., November 1979…. Had I been previously aware of this document during the trial, supra, and deliberations relating thereto, I would have voted ‘not guilty’ on all counts and would under no circumstances have ever changed my vote from ‘not guilty.’ ”

Furthermore, the jury foreman in my trial affirmed this on ”20/20,” a national television program. When those who are responsible for preventing crime and protecting our citizenry instead manufacture and engineer crime out of nothing, they develop a personal, vested interest in seeing to it that their scripts proceed as planned.

The power vested in each of us as Senators of the United States is a sacred bond between ourselves and the electorate we represent. If it were not I, but one of our constituents who had been the victim of such wrongdoing, I am confident we would be unanimously engaged in the full committee investigation of the renegade individuals who even took in William Webster and Benjamin Civiletti with their evil schemes. Confident of Exoneration

I stand before you today, strong in my resolve, innocent of any wrongdoing and confident that you shall find me so. I also stand before you and ask that, for the first time in this entire affair, we now proceed to deliberate on the reality of my conduct and not the staged appearance. In the process, it is essential that we bring focus into the wrongdoings committed by the F.B.I. and the Department of Justice operatives against the legislative branch of the Government. Future generations of free Americans will grant us blessing for proceeding with responsibility, reason and judicious deliberation. I am asking a great deal of you. I have asked a great deal of my wife.

I do not believe it is asking too much for me to expect that my colleagues and my peers, will, at long last, answer my prayers and cast the first vote against the perpetrators of Abscam. 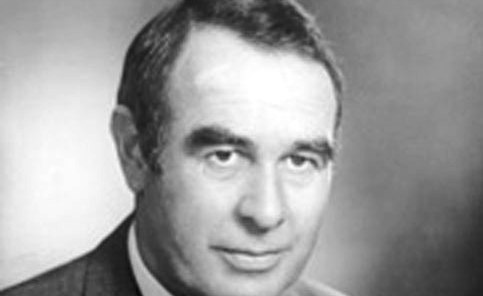