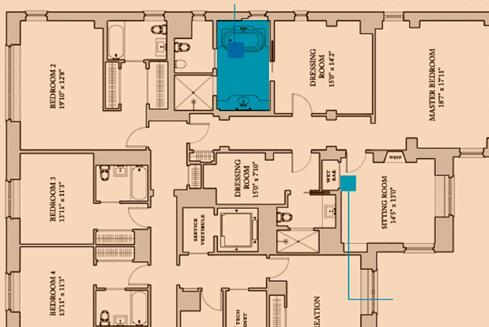 The swanky Stanhope of yore has been cleanly reinvented as high-end residences, renamed 995 Fifth to further emphasize its Gold Coast address. Of the 26 condos in the conversion, all but one have sold: the full-floor, eight-bedroom, 8,300-square-foot-plus, 16th-floor spread listed for $28.5 million by Gumley Haft Kleier's bi-generational triumvirate, Michelle Kleier and daughters Sabrina and Samantha.

"It's a spectacular apartment," Michelle Kleier said shortly after a cocktail party celebrating the apartment, which also serves as a location for the finale of the HGTV reality show Selling New York, starring all three Kleiers. "It's really in magnificent condition. It's quintessential New York, I mean, with the park and the views and the Sex and the City connection!" (Dear reader, Carrie Bradshaw trysted with Mr. Big at the Stanhope.) "And it's in a Rosario Candela building!"

Plus, the apartment is decorated with furniture and "accessories"—read: Matisse sketches and a Picasso—valued in the millions themselves. Cocktail-party-goer and Stribling superhero Kirk Henckels told The Observer, "This is the alternative to townhouse living! It has it all!" — Chloe Malle

Above: Private 'his and hers' bath and dressing rooms fan out on opposite sides of the hallway leading into the master suite. 'Her' bathrom is a luxurious marble layout replete with shower and bath. Unfortunately for him, 'his' bathroom has only a shower. Samantha Kleier, who took The Observer through the apartment, said with a sigh, "Well, please, how many men do you know who take baths?" 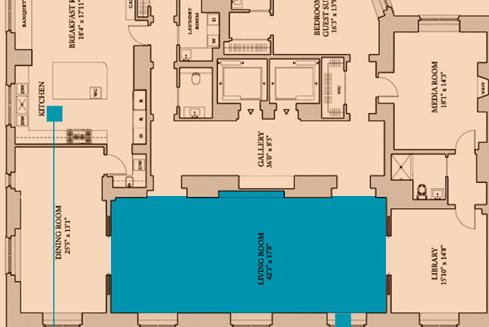 Sweeping views over the park and the Metropolitan Museum backdrop the expansive, multi-entry rectangle of a living room. “It’s the largest apartment available on Fifth Avenue,” Ms. Kleier said. “It’s over 8,300 square feet!” 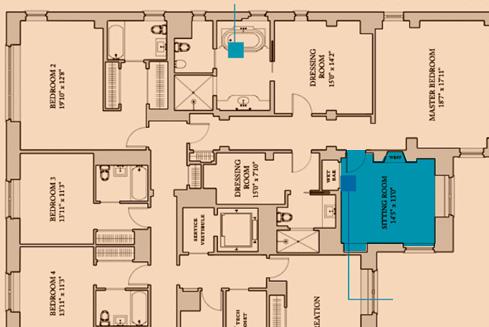 In the master suite sitting room, a fireplace and a wet bar ease late-night pregaming. But here’s the flaw with this Casanova’s master lair: If you’re buying an eight-bedroom apartment with a family-style kitchen, you’re likely not putting the first moves on any would-be spouse—though these days we really can’t make any assumptions. 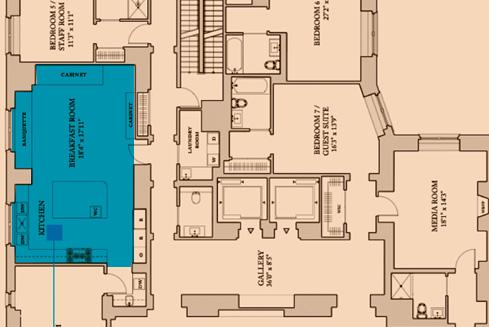 As close to a country kitchen as you’re likely to find in Manhattan, the rawhide-adorned dog bed is a nice touch, further home-ifying the bookshelved room, with its neatly nestled banquet and ingenious tray storage shelf. 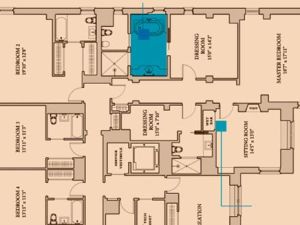 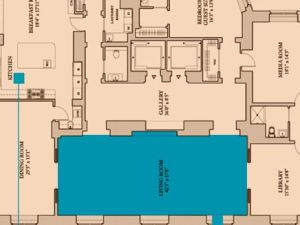 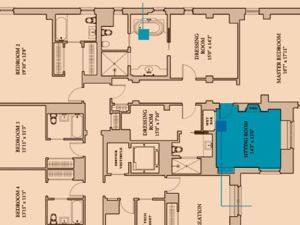 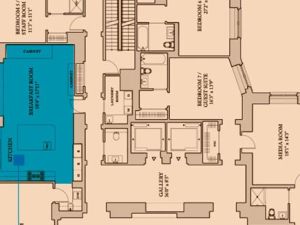 The swanky Stanhope of yore has been cleanly reinvented as high-end residences, renamed 995 Fifth to further emphasize its Gold Coast address. Of the 26 condos in the conversion, all but one have sold: the full-floor, eight-bedroom, 8,300-square-foot-plus, 16th-floor spread listed for $28.5 million by Gumley Haft Kleier’s bi-generational triumvirate, Michelle Kleier and daughters Sabrina and Samantha.