“It’s starting to be recognized in terms of the costs that it will shift to local property tax payers,” said the chairman, who doubles as an assemblyman from Sayreville. “The process takes a little more than a week or ten days to sink in. That said, the budget proposal in one respect doesn’t require a lot of gray matter to put together. It’s a decision to take the funding of government away from the state and shift it back to muncipalities, school boards and counties.”

Although Democrats gleefully observe at least the short-term political fallout from Christie’s budget address in the intensified atmosphere of school budgeting season, the party also faces its own potential backlash from teachers and other state workers who wanted them to reject pension reforms at the beginning of the week.

“They’re not listening to our concerns,” Christine Hammerschmidt, vice-president of MCCEA told PolitickerNJ.com, referring to the majority Democrat legislature. “They will tell you one thing, but what’s aggravating about this whole process is this seems to be on a fast track. …NJEA has not contributed one penny to a political candidate since January.”

“They have their position and I understand their position and their frustrations,” he said. “That said, everyone agrees – perhaps not all publicly – that the immediate impact on current members is small if not negligible, and everyone will come to realize there are bigger fish to fry.”

For their part, the New Jersey School Boards Association (NJSBA) favors a compromise to cope with the state’s $10.7 billion budget deficit: extension for a year of the millionaire’s tax while freezing school employees’ salaries for a year.

Christie says yes on two and emphatically no on one.

Wisniewski says no on two without at the very least an emphatic yes on one.

“I think that the governor’s request that everyone freeze their salary while we make sure the richest one percent of the state has no skin in the game in terms of shared sacrifice is unconscionable,” Wisniewski said. “No one among teachers and school employees is in top one percent of income earners. What he’s proposed is that one group bears the burden while another one walks away unscathed. Governor Christie has drawn himself into a box with a one-sided compromise.”

Packaged as a regular guy from Flint, Michigan, Runyan can’t credibly embody the district – at least not now, said Wisniewksi.

“Being a member of the House of Representatives is a serious position, one that requires substantively understanding issues that affect one’s constituents,” said the state party chair. “A campaign is always a comparison, and compared to Jon Runyan, John Adler has been in the trenches. He’s been to every chamber of commerce, elks club and fire department, and understands the issues at the district level and national level. Jon Runyan may be well-versed in the campaign, but not in the district.

“I certainly in my legislative district feel comfortable making the case healthcare reform – for the reform the House adopted,” Wisniewski added. “I believe John Adler made the right decision for his district. He knows his district.” 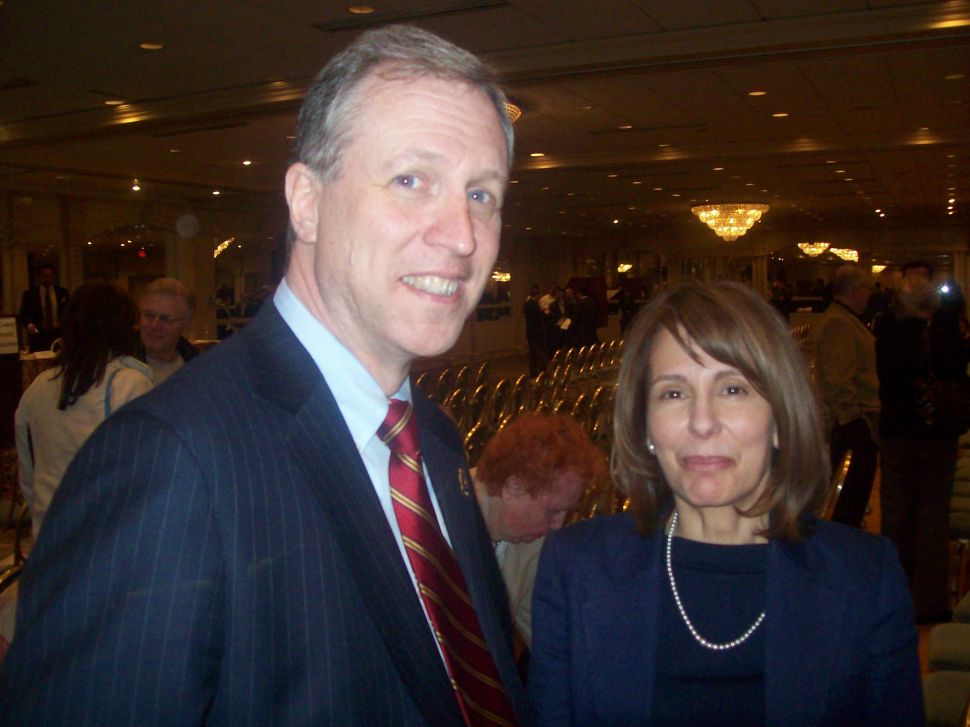