NEW BRUNSWICK – It’s an issue arguably worthy of snooze alarm status in any other corner of the state, but Blue Laws dominate in Bergen County, and when it comes to politics in New Jersey, Bergen, including all of its consumer and residential quirks, counts, big time.

“I’ve made a recomendation and Senator Sarlo objects, that’s what this process is for,” Christie said today after touring St. Peter’s University Hospital here.

“It’s for the legislature to now take the opportunity to craft a balanced budget,” the governor added. “If Senator Sarlo doesn’t want the Blue Laws repealed – if the Republicans in Bergen County don’t want the Blue Laws repealed, that’s fine, then they can figure out how to get the ($65 million) in revenue… They can’t do it by raising taxes, but they can do it any other way they want.”

Up against a countywide election this year, Sarlo and the Democrats are trying to give Bergen County Executive Dennis McNerney as much firepower as possible as he attempts to fend off GOP County Clerk Kathleen Donovan.

From Donovan on down, the initial Republican response to Christie’s proposal to repeal Blue Laws and allow Sunday shopping as a way to bring in $65 million in state revenues came with nary a resounding, “aye, governor.”

Buffeted early, the GOP mostly mustered a “put to the people” response as a way of trying simultaneously to protect Christie while acknowledging the public’s Blue Laws views.

Democrats statewide, meanwhile, including Team Menendez eyeballing 2012 and the political tatters of their own Hudson County and Passaic – and Bergen, which together form the U.S. Senator’s tri-county base, want an issue to boost McNerney.

They’re convinced Christie handed them one – in addition to the impact of state muncipal and school aid cuts – by flubbing the public sentiment on Blue Laws.

The governor today deflected the Blue Laws bomb back at Sarlo.

“This is really in Sen. Sarlo’s court now,” Christie said. “All I did was make a proposal. I can’t repeal Blue Laws in New Jersey, only the Legislature can.” 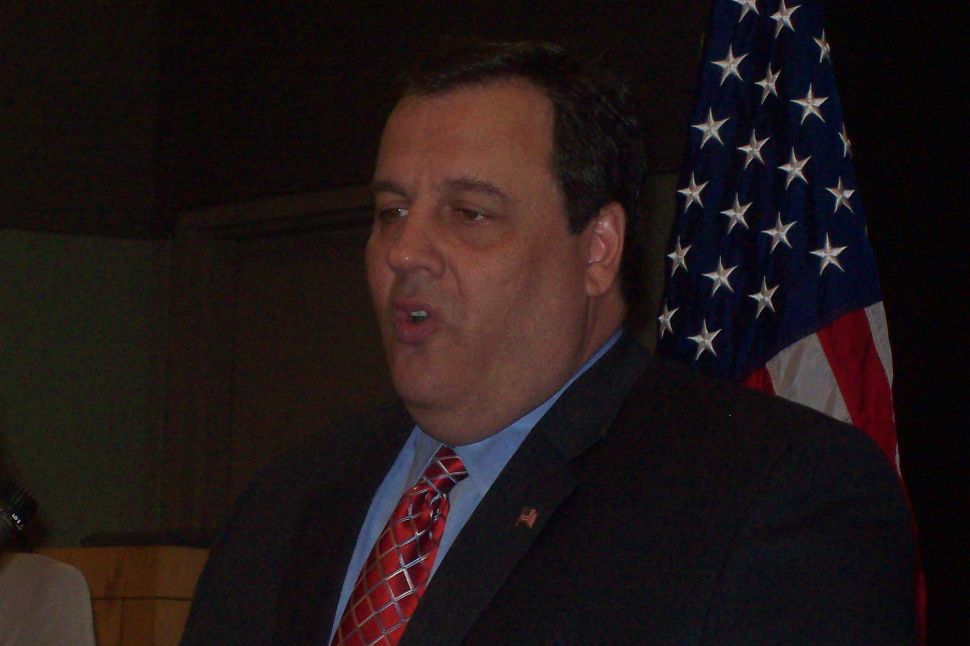