TRENTON – It came as no great newsflash today when Council President Paul Pintella landed the endorsement of CWA Local 1039, which, after all, houses his downtown campaign headquarters.

His friend and confidante, Lionel Leach, also serves as the political director of the CWA local.

But surprise or not, the 4,000-member union, with 850 members residing in Trenton, reflects Pintella’s biggest endorsement to date, within a ten mayoral candidate political landscape in which At-Large Councilman Manuel Segura has also flexed some early union muscle.

“I understand that we are in some very challenging times in the State of New Jersey and in the City of Trenton,” Pintella said.

“But this governor has made cuts without compassion, without understanding, and certainly without any respect for working class people, urban cities, and our public education system.”

When the presser ended, Pintella directed his criticism at more local quarry: namely Segura, whose statewide contacts within the Democratic Party have campaign time payoff potential.

Segura’s endorsement last month by Ironworkers Local 68 now produces a back rattle of local contempt among other candidates. Charges of bossism circulate.

“That’s Sweeney, that ironworkers endorsement,” a Pintella ally said over his shoulder as Pintella spoke with PolitickerNJ.com, a reference to powerful state Senate President Steve Sweeney (D-West Deptford), an ironworker by trade.

“I could’ve gone after the endorsements or tried to land the quiet backing of statewide contacts, but I didn’t make those phone calls,” explained the mayoral candidate. “I consciously sought to avoid that, because while those contacts may be useful in a campaign, the danger is those people who go that route become beholden.”

Segura’s contacts – plus his grassroots activities as a two term at-large councilman – make him a choice target as this mayoral contest intensifies and the competitors look to break from the pack.

“I wholeheartedly agree with the Supreme Court’s decision,” Segura said. “This is a victory for the people of Trenton, and I’m delighted that they will finally be given the opportunity to vote on the sale of their system.

“From the beginning, I have spoken out against the sale,” added the at-large councilman. “Selling off our assets is a shortsighted way to fix the budget with no regard to the long-term consequences. Trying to ram it through with no transparency and no public input just made a bad deal even worse.”

Citing his rival’s inconsistency on the issue, Pintella went to the record, demonstrating Segura’s aye vote on December 20th, 2007 to authorize the sake of a portion of the city’s utility system.

“As a matter of continual reversals and flip-flops, Councilman Segura… misrepresents himself by lying to the public about issues that he was directly informed about and voted for,” said Pintella.

Mike Premo, campaign manager for Segura, said, “Paul Pintella can say whatever he likes, but the people opposed to the sale know that Manny has stood with them.”

The council president further criticized his council colleague for voting in favor of salary increases for AFSCME Local 2286, an ordinance that specifically expressed that the increases “would apply  to management and other non-union personnel,” then contradicting the vote with public statements.

“In a June 1, 2009 Trenton Time article,” Pintella said, “Mr. Segura was reported to have said that ‘he had not realized when he voted for the ordinance that he approved raises for management and non-union personnel.”

Pintella chalked the reversal up to “selective memory” on Segura’s part. 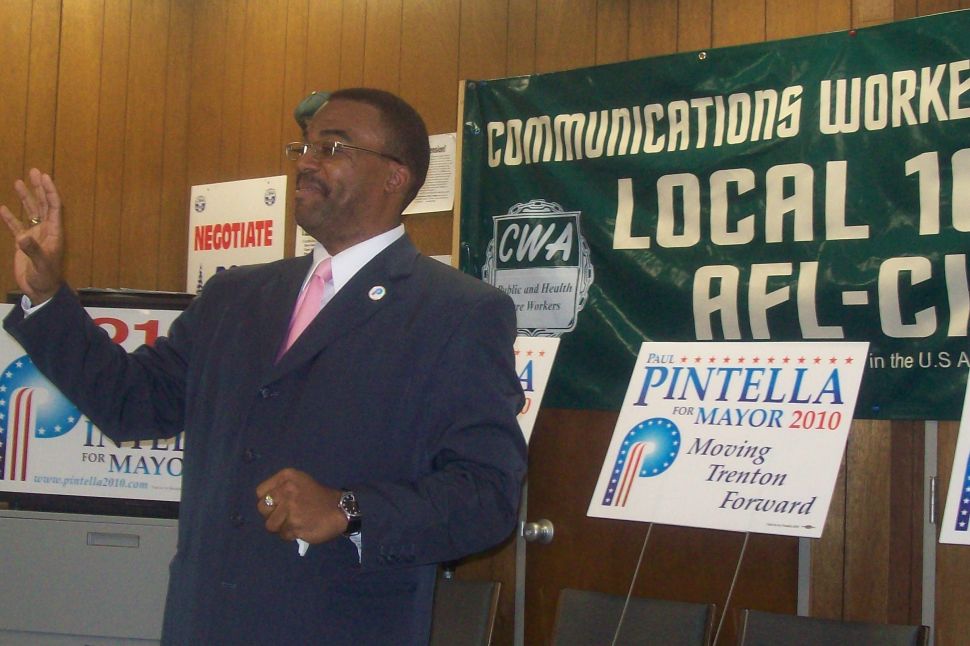