NEWARK – A bald spot peeks out from under the combed dome of former Hoboken Mayor Peter Cammarano, who sits here in the fifth floor courtoom of U.S. District Judge Jose Linares beside his attorney, Joe Hayden.

He pleads guilty to extortion, to taking $25,000 in cash installment contributions in exchange for his influence as mayor.

The 32-year old Cammarano, once an upcoming muscular local force on the New Jersey political scene scene, answers yes or no to the judge’s process questions.

“If you plead guilty there is not going to be a trial in this case,” Linares reminds the defendant.

But the guilty plea also means the loss of certain rights, including the right for a motion to appeal.

“You also understand that by pleading guilty you may encounter problems with your ability to practice law and your law license, do you understand that?”

The sentencing guidelines are not mandatory. “This sentence is within my sole discretion,” Linares says.

$15,000 converted into straw donations; $10,000 deposited illicitly as one lump sum into his campaign account.

The abbreviated press corps that was once a portion of the Walnut Street entourage of U.S. Attroney-turned Gov. Chris Christie spills out onto the sidewalk in front of the federal justice building.

“The sentencing guidelines provide – given the circumstances of his guilty plea – that a reasonable sentence would be between 24 and 30 months,” he says. 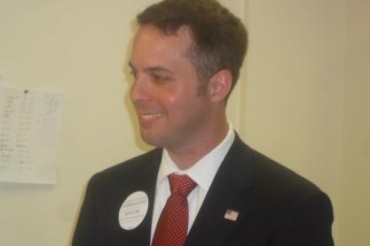