Hopewell School Board President Mel Myers appears to have “appropriated” some Chris Myers for Congress lawn signs from the 2008 campaign and saved them for use in his bid to win re-election to the school board in tomorrow’s election.  Mel Myers spray painted over the “Congress” and the “Paid for by” lines of the signs and then stencil spray-painted “School Board” at the bottom.  Good to know that a cheesy school board president was out there poaching campaign signs in South Jersey as he prepared for his own re-election campaign two years later.  If you look closely, Myers’ disclaimer is still visible under the lame spray paint job.  Will ELEC have something to say about this?

Mel Myers is a civil engineer who spent eighteen years as the New Jersey Supply Authority business manager, and did a stint as an engineer at the state Department of Environmental Protection before that. 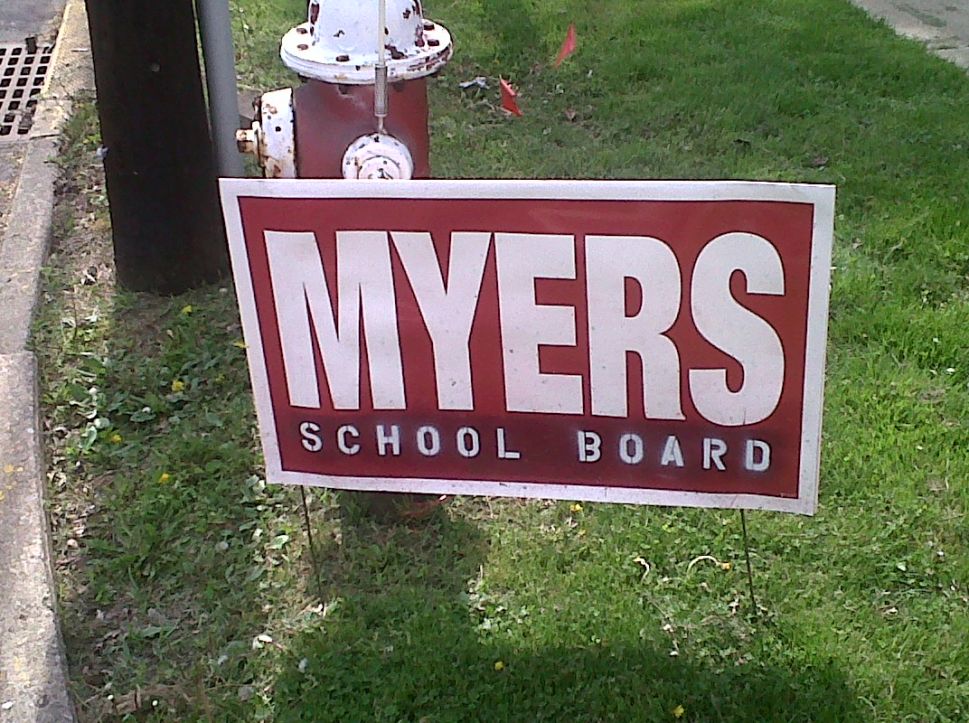