PATERSON – On the eve of his first 100 days in office and with a factory workforce looking on as conveyors bearing newly built cardboard boxes trundled in the background, Gov. Chris Christie turned inward and reflective.

“The decisions are not more difficult than they were as U.S. Attorney, there are just so many more of them,” said the governor, moments after touring this family-owned box manufacturing plant. “The pace is very rapid in this job; the decisions are coming at you much more rapidly.”

Christie reveled in being able to pass pension reforms with a Democratic legislature, and took credit for bringing a refreshing brand of candor to State Street.

“On Election Night, we talked about turning Trenton upside down,” said Christie. “It’s probably not totally upside down yet, but it’s on its way. I think folks appreciate that I’m treating them like adults.”

The governor also said his frankness and toughness in tackling a state budget deficit have stimulated citizenship.

“Fifty-five percent (of respondents) to a Rasmussen poll said they following the budget hearings very closely,” said the governor. “I think that level of engagement is there because we’re speaking directly to people and we’re telling them, ‘Here are the problems, and here are the difficult solutions.'”

On several occasions, the union workers of Accurate Box applauded the governor’s remarks.

According to the governor’s press office, the company received a $3-million Urban Plus loan and a $7-million tax-exempt bond, which were used to purchase a new printing press and a new corrugator/laminator. The company also received a $72,000 customized training grant from the New Jersey Department of Labor and Workforce Development. Its workforce has grown by 20% in the last two and a half years.

“It is gratifying to see an urban-based small business like Accurate Box thrive during tough economic times,” said Christie. “As we work to repair New Jersey’s business climate, we will focus on making our cities and urban communities attractive places for private investment and job growth so that more success stories like this will develop, which ultimately will bring increased economic opportunities to the state and our citizens.” 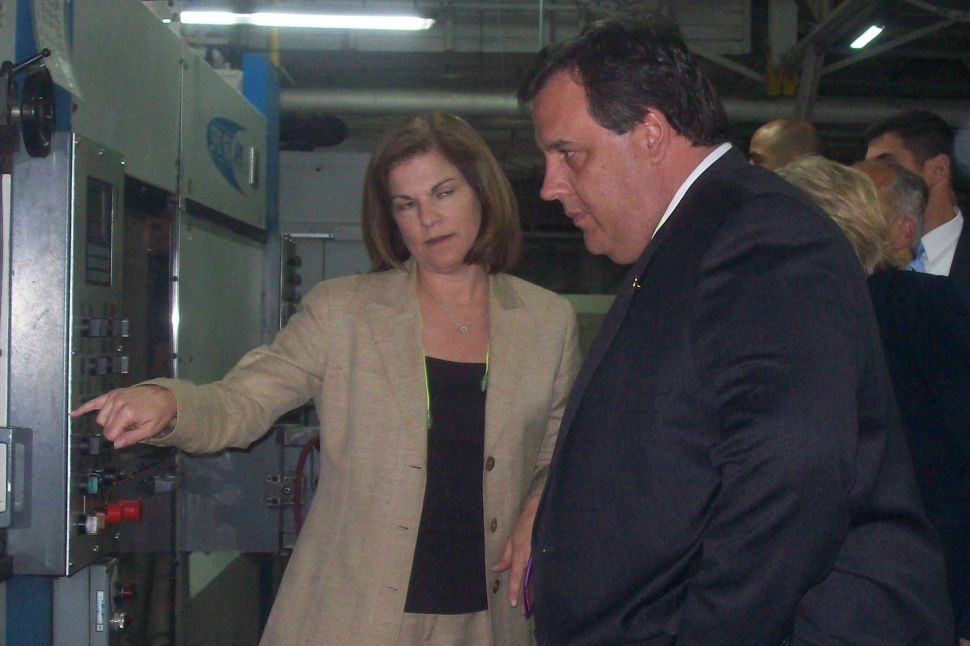