BOONTON – Gov. Chris Christie wouldn’t say whether he would campaign with Sheriff Juan Perez, a Hudson County Democrat-turned-Republican, but he did mention that maybe he would dispatch Department of Education Commissioner (and former Jersey City Mayor) Bret Schundler to the Palisades barricade come fall.

“I got 27% of the vote in Hudson, so I’m not sure I could help him,” the Republican governor said of Perez, who’s running as a GOP renegade against his former undersheriff, Frank Schillari.

“Maybe Commissioner Schundler will campaign with him. He has a little more experience than I have in Hudson.”

Schundler, standing next to Christie outside the Boonton Elementary School for a presser, smiled.

Poised to get dumped by the majority party in Hudson in favor of Schillari, Perez fired the Schillari on the same day he declared himself a former Democrat and announced that he would press forward as a Republican candidate for re-eelction.

“I’m encouraged whenever anyone becomes a Republican,” said the governor.

“Now whether I will campaign with him in the fall, I can’t say what my schedule is next week, let alone the fall.”

Bob Knapp, spokesman for Perez, said whether it’s Christie or Schundler, they would appreciate assistance.

“We would welcome any help,” Knapp told PolitickerNJ.com. 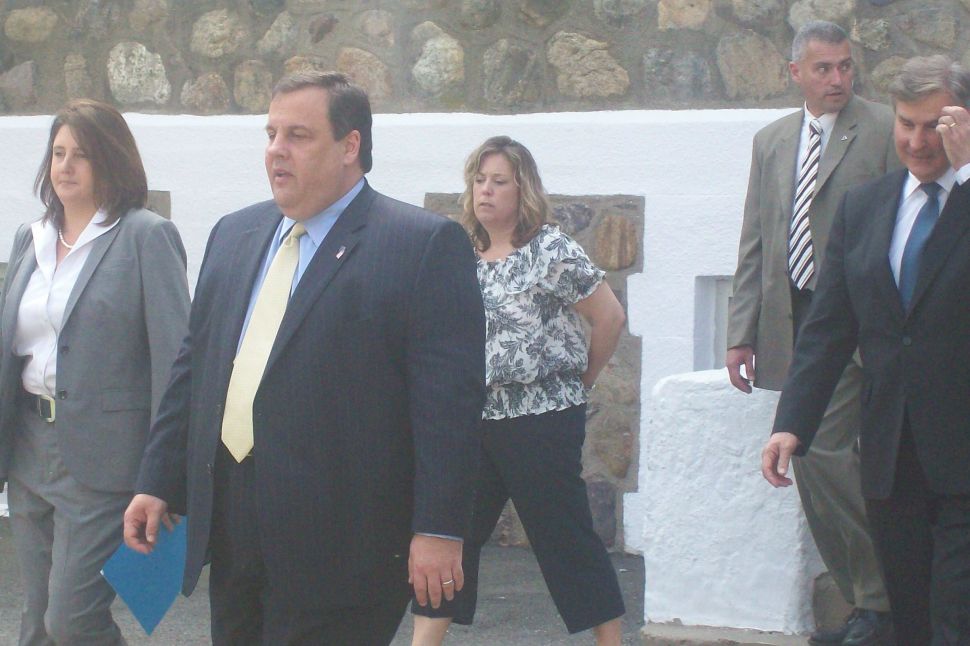