NEWARK – In resurrection mode after taking the beating of his political career last year from the bosses in his own party, former governor – and former state Senate president – Richard Codey (D-Roseland) grabbed a microphone last night at the Newark Club and directed the battle at Republican Gov. Chris Christie and Christie’s proposed state budget cuts.

“Sorry, governor, but your friend, George Bush, put us into the worst recession ever, it’s as simple as that, and that’s what the president’s trying to get us out of,” Codey told a small and receptive crowd of city Democrats gathered at the Newark Club in honor of West Ward Councilman Ronald C. Rice.

“When you look at the proposed cuts, they’re devastating,” Codey added. “But in addition to the cuts, he wants to villify anybody who’s a public employee – whether it’s a teacher, a county worker, or a city worker – and say they’re the reason your property taxes are too high. Give me a break. The reason is we are in a tremendous recession. Unemployment is 9.7%. And what you have to do in a situation like this is be a gentleman. Be a gentleman and sit down and work this out to the betterment of the people of the State of New Jersey.” 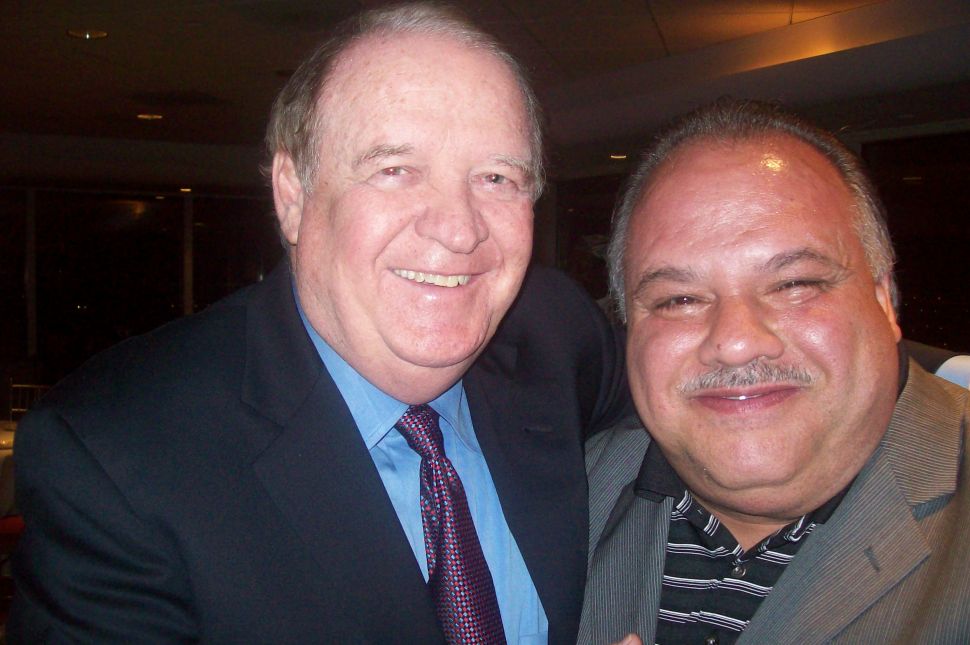