The gesture carried no visible urge for a return to political life.

“I just started a new venture in my life – actually several new ventures, so I’m excited about the direction of where life is and I care deeply about the people of New Jersey and the people of Trenton, and I think the best way to show that expressed is to show my support for Marge,” Corzine said.

A labor leader and native of Scotland who has lived in Trenton for nearly 30 years, Caldwell-Wilson happily embraced Corzine in front of an intimate gathering of supporters at Marsilio’s, which included some former staffers.

Steping into the dimensions of a city ward slugfest against the backdrop of Gov. Chris Christie’s decision to chop $43 million in state aid out of Trenton, Corzine objected generally to the decision made by his Republican successor.

“New Jersey has a bipartisan history of recognizing that the state’s footprint in Trenton takes up an enormous amount of potential ratables,” said the governor. “I don’t know the details of the budget but that general premise probably should be reflected in the choices that the state has to make. It is important that the state capital have safety, security, and the kinds of services that are reflective of the great State of New Jersey.”

The crunched together crowd munching on Italian horderves as the former governor went to the front of the room included mayoral candidate Eric Jackson, head of Trenton’s Department of Public Works.

Jackson clapped heartily for the former governor, who acknowledged his presence.

Prodded on politics, Corzine said, “You know, it was three years ago Monday that I had the car accident. It’s important in life to realize what matters.”

Badgered again on the subject of Congressional races and whether he intends to write checks respectively to U.S. Rep. Jon Adler (D-Cherry Hill), U.S. Rep. Rush Holt (D-Hopewell Township), and U.S. Rep. Frank Pallone Pallone (D-Long Branch), the former governor cheerfully uttered an expletive in response, then turned on his heel and marched to the front of the room as the Caldwell-Wilson crowd cheered in anticipation of his remarks. 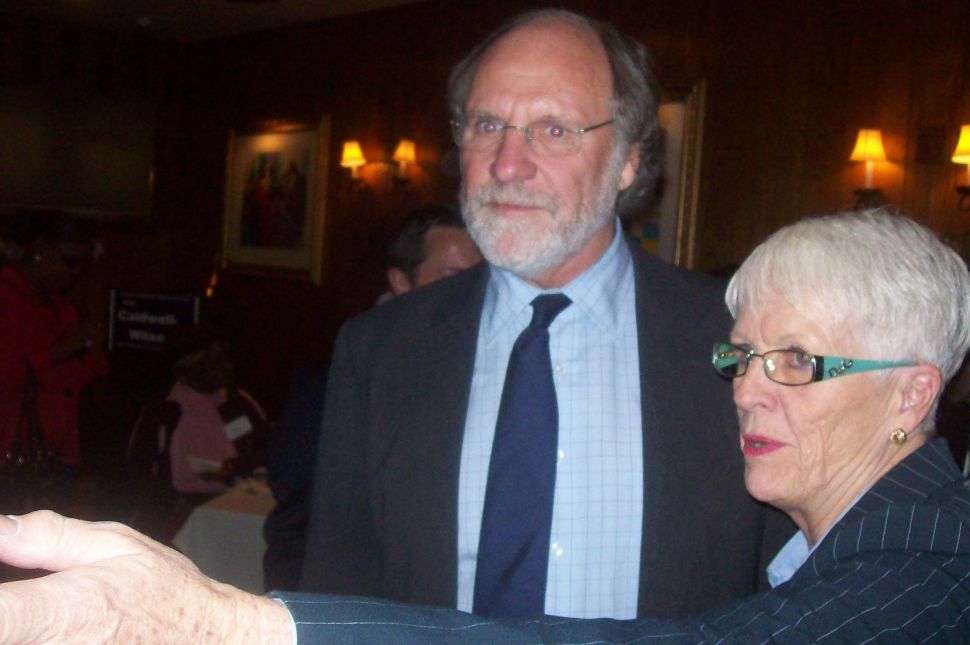