TRENTON – It’s a favorite issue of state Sen. Mike Doherty (R-Washington Twp.), a rural legislator who grew up in Essex County and long heard what he interpreted as the sucking sound of money from the suburbs into Newark.

In his turn at the microphone here during this Budget and appropriations hearing, he drums the issue into the consciousness of Treasurer Andrew Sidamon-Eristoff.

Doherty wants more oversight concerning that designation, particularly in a city where there is an international airport, sports arena and numerous other facilities lacking in rural Warren and Hunterdon counties, which comprise Doherty’s home district.

“If administrators are not checking, perhaps there may be an incentive to get that number (of at-risk children) up because it bumps up the amount of state aid you’re getting,” Doherty says. 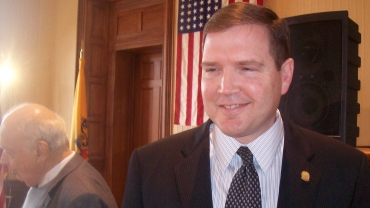