Guadagno says an animated Sarlo’s mugging for the cameras.

“For you to make that comment is quite condescending to me,” Sarlo says. “I am quite offended by that comment. That is very disappointing to hear.”

Perhaps chafing under the demands of a new era in which the public look askance at dual office holders, maybe just in fact-seeking mode, Sarlo – mayor of Wood-ridge in addition to state senator – plays up the double effect issue with Guadagno, referring to her “dual role” as lieutenant governor and secretary of state.

Guadagno divides her public duties in half, and makes it clear she can’t discuss LG duties in this context – just secretary of state.

“I’m appearing here as secretary of state. Anything about the general state budget, I would refer to the state treasurer, that’s his job, not mine,” Guadagno tells Sarlo.

“We pay a salary,” Sarlo says.

“There is no line item in the budget for a salary,” Guadagno corrects.

“Did the legislature make a mistake in creating the position of lieutenant governor?” Sarlo wants to know.

Guadagno says no, but everyone needs to talk about the issue.

There’s some back and forth, before state Sen. Anthony Bucco (R-Boonton) toes to Guadagno’s aid.

“Mr. Chairman, we seem to be going off the beaten track, and I think thata’s wrong,” says the ranking Republican.

Sarlo doesn’t back down.

“As chairman of this committee, we’ve been giving a lot of leeway to all of our department heads,” he says. “This governor has prided himself on a very open and transparent process. The people of New Jersey deserve the right to hear from a lieutenant governor and to hear what the priorities of this administration are.”

Although the lieutenant governor’s name appears on the dudget document, she doesn’t otherwise aappear before the budget committee.

“Are you two done fighting back forth? she asks the chairman.

“Don’t worry about who fights up here,” he tells her. “We do that all the time and then we go out and share a cup of coffee together.” 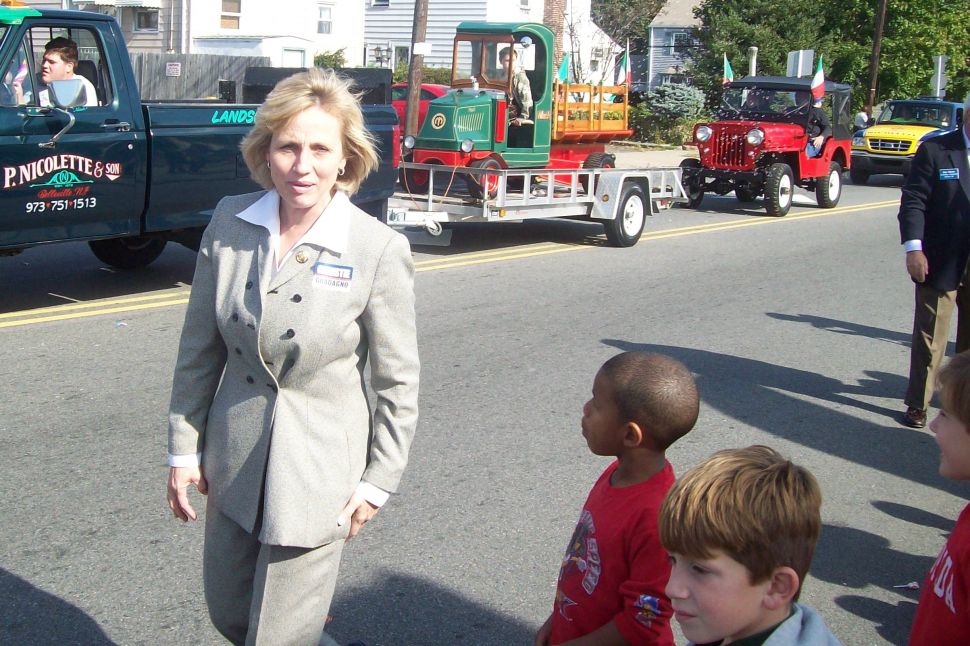