“Where was Assemblyman Greenwald last year when he and the then-Governor decided to blow through an entire billion dollars in federal stimulus education funding in one shot?” asked Christie Press Secretary Michael Drewniak.

“Did he think of the consequences of that one-year funding blitz? What was his plan for replacing it this year? Obviously, he had none, and now he wants to blame everyone but himself for that abject failure in prudent fiscal planning. The unfortunate result was that Assemblyman Greenwald helped raise false expectations in the education community that another billion dollars would just magically reappear to fill the budget hole he helped dig.”

Greenwald underscored his argument with a finished statement from this morning’s hearing.

“Asking school employees to take a wage freeze during this difficult economy is certainly reasonable, but let’s stop pretending wage freezes can stop the looming property tax increases,” said the budget chairman. “We need an honest discussion with the public, not one that claims teacher wage freezes would balance Gov. Christie’s education cuts. That argument ignores reality.”

Greenwald cited a nonpartisan analysis by the Office of Legislative Services, which shows that if all school districts implemented a wage freeze and combined it with the new 1.5 percent contribution to health care premiums, schools would still face an $850 million shortfall.

“Gov. Christie’s education cuts, quite simply, are going to mean property tax increases that will especially be painful for senior citizens and the middle-class,” Greenwald said. “Tuesday’s school votes represented a revolt against the impending property tax increases caused by a Christie budget proposal that does nothing to cure our addiction to property taxes. Senior citizens and the middle-class have clearly had enough, but the unfortunate reality for them is that under Gov. Christie’s plan, our state is only going to become even more unaffordable.” 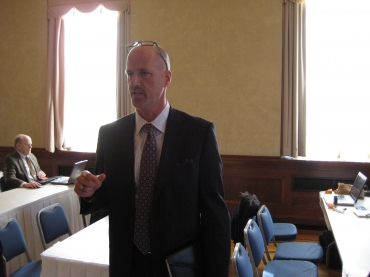