TRENTON – Nicky Petrutz of Somerdale arrives with petition signatures under his arm in a manila envelope, all set to run as a Republican in the 1st District.

A Romanian immigrant, a political refuge who grew up in communism, he wants U.S. Rep. Rob Andrews (D-Haddon Heights) jettisoned from Congress.

“You see my hand?” he asks PolitickerNJ.com. “That’s Obama.”

He turns it fast to reveal the opposite side.

“That’s me,” says Petrutz, a cook in an Italian restaurant in Philadelphia, who thinks he has the goods – once voters learn his story – to dislodge Andrews.

Three people have already filed to run in the 1st Congressional District: Andrews, and two Republicans: Dale Glading of Barrington and Lee Lucas of Gibbstown.

(Another Republican files later in the day: Loran Oglesby, with 326 signatures).

Petrutz learns at the window here at the New Jersey Division of Elections that he had to already have filed with the Republican Party prior to filing to run as a GOP Congressional candidate.

There’s a brief commotion as division staff brief him.

He calms down finally.

He still wants to run.

“As an independent,” Petrutz explains. “I’m a political refuge. Some of my guys – friends of mine – got killed at the border. My son is a baseballl player – one of the best on the country. I don’t want the United States to become a commiunist country.”

He leaves, vowing to come back as an independent candidate. 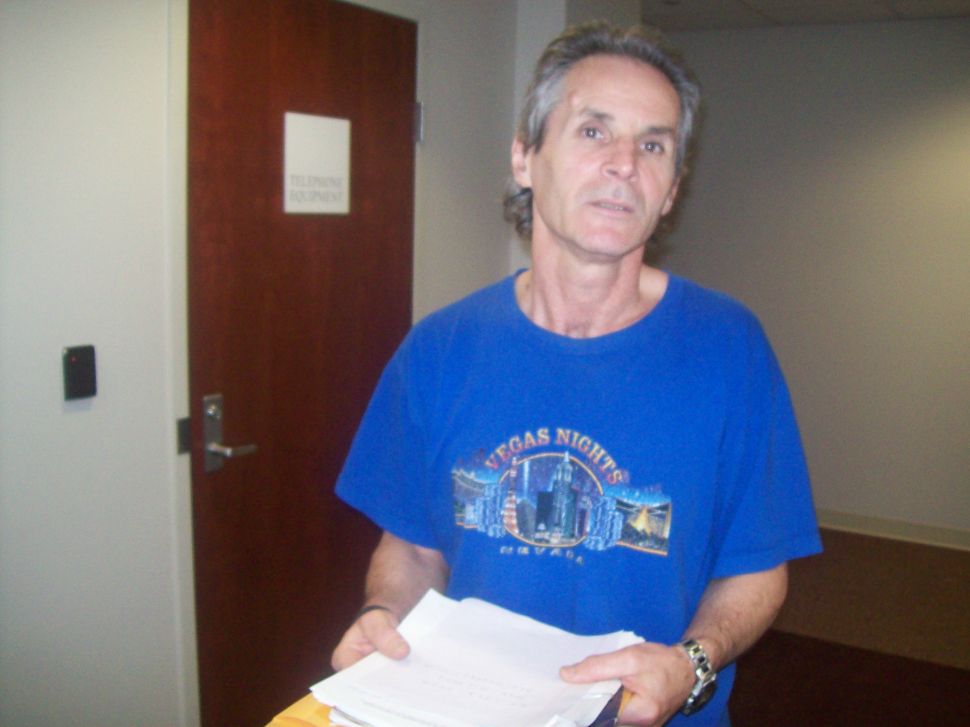