SEA BRIGHT – How does she want people to refer to her, 6th Congressional District candidate Diane Gooch is asked at the Surfrider Beach Club moments before the arrival of Gov. Chris Christie who in about a minute will put his imprimatur of approval on her candidacy.

Gooch cuts it off right there.

“It’s a message from the American people that we’ve had enough taxes and spending is out of control,” says the vice-chair of the Monmouth County Republican Party, when asked about Tuesday’s School Board election results in which 59% of the school budgets went the way of the guillotine.

Standing in front of the ocean moments later, the governor spies Gooch seated in the front row of a packed outdoor deck here at the club.

“She’s worked hard her whole life on ocean protection,” says the governor, “And we look forward to working with her as she expresses her views.”

It sounds like an endorsement from the Republican governor for Gooch, who massively outpointed her GOP Primary adversary, according to federal election reports.

“She hasn’t disappeared,” Gooch says of Little, “but I don’t think she’s getting any momentum at all.”

“He has a $4 million warchest, and he’s never received a challenge to the likes of what he will receive this year,” Sayegh says. “People are willing in this election to change their behavior because they are so frustrated with the state of our economy and state of our society right now. Frank Pallone has been there 22 years. If he’s such a strong advocate, I don’t think the people at Fort Monmouth are receiving the benefit of that. The closure of that base has led to jobs bleeding out of this area and he’s sitting here passing a massive liberal agenda.”

Through the Republican establishment?

“We run into each other in the coffee shop in Fair Haven,” says Halfacre. “…I spent a lot of time with her before I made my endorsement. We talked for a couple of hours on two different occasions. I’m gratified. Diane knows her stuff and she’s the right candidate for this district. Pallone became a millionaire while in federal office. I don’t think that’s what people want. People want people like Diane and her husband who started a business from scratch.”

In addition to literally paving the way for solar panel farms and declaring his opposition to liquified natural gas terminals, Christie doubles down on his resistance to offshore oil drilling.

Pallone shares that commitment, but has the unfortunate entanglement of President Barack Obama’s decision to lift the moratorium on mid-Atlantic offshore oil drilling.

“I am committed to maintaining the integrity of our beaches and coastline,” says Gooch. “I have been an advocate for reducing the toxins in our water and improving public health for many years. Today, Governor Christie has taken a step to ensure that our beautiful beaches are protected.

“A clean and safe ocean is vital to the Jersey shore economy. In this precarious economic climate, we must do all that we can to ensure that it is not made vulnerable by a liquid natural gas pipeline off of our shores.”

Jeff Tittel, executive director of the New Jersey chapter of the Sierra Club, shrugs off the presence of the environmentally energetic Gooch.

“We’ve endrosed Pallone,” he says. “There’s no one better on environmental isssues.” 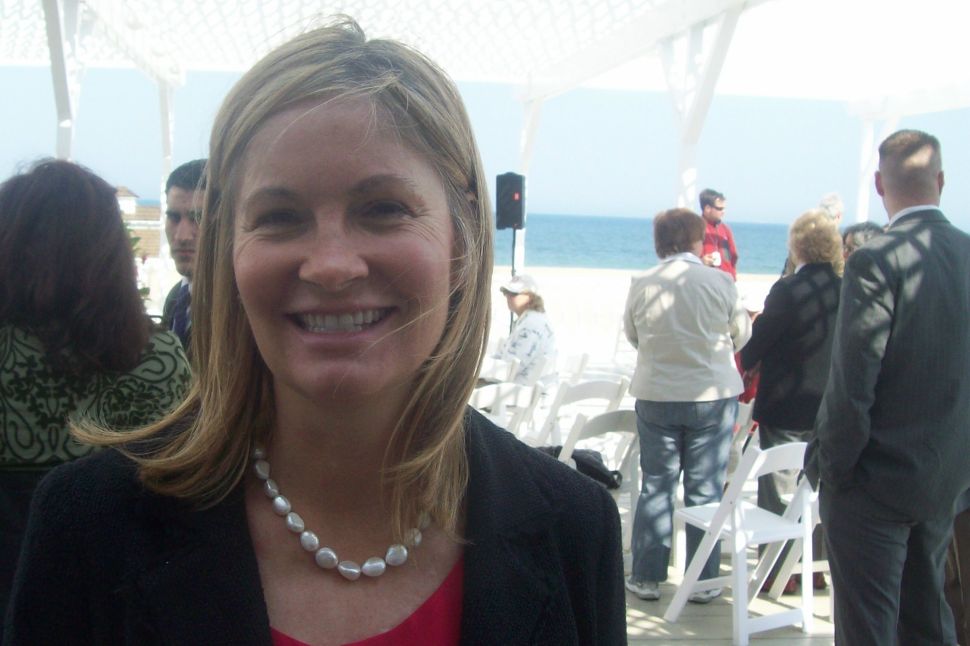