JERSEY CITY – At the local level, where characters bump up against other characters, often on opposite sides of the political divide and sometimes as one era darkens and another illumines, the Jersey City School Board election offers a dramatic storyline.

Jailed on fraud chaarges in the 1990s and absolved by slow degrees in that never objectively measured cross-section of time and prison, former Mayor Gerry McCann – gray haired now and without the once ubiquitous moustache – wants a second consecutive term on the School Board. But first he has to get through a slate of challengers backed by Councilman Steve Fulop, the renegade Ward E councilman and oft-muttered future mayor of Jersey City.

McCann objects to certain descriptive terms to characterize the younger politician – and on that basis claims – and this is a claim that makes the Fulop people see red – a certain moral authority.

“Reformer? Please, he’s not a reformer,” McCann, on the move on the ground on Election Day, said of Fulop. “If he’s a reformer, why does he have Tommy Bertoli running his campaign, whose father was jailed. It’s all a facade. This is just a guy – Fulop – trying to take over the politics of the city. Who was the first guy he came to see when he was trying to break in?

Fulop’s overwhelming machiavellian side is on display by virtue of his alliance with the teachers’ union, here, McCann maintains, to protect the city’s status quo.

This website wasn’t the only outlet speculating as recently as last year that Fulop would challenge Mayor Jerramiah “Jerry” Healy in 2009, buzz that died when Fulop decided on running for re-election and appeared at Healy’s campaign kickoff, and the underlying citywide election context throbs through everything.

On 2nd Street downtown on Election Day, Fulop’s campaign headquarters – with the chalk numbers still on the blackboard from last year’s race proclaiming the councilman victorious – hums in mid-afternoon. There’s no subtle campaign strategy for those workers getting ready to hit the streets on behalf of Sterling Waterman, Carol Lester and Angel Valentin. The message to voters is simply this: McCann’s a felon, you need to get rid of him.

Mixed in here among the gum cracking Older Jersey City guys who say things like “this place is rocking like an old school fedora,” are the brighter young Fulop faces particulalry attached to Lester, an education activist and community organizer who owes nothing to the taechers union and comes at the race as an unbridled reformer candidate. They’re all out for Carol.

Fulop sensed his older adversary melting down on Election Day.

“John Thieroff has been running the campaign, and Bertoli’s father was never in jail,” said the councilman. “Typical McCann dillusion. McCann is just getting desperate.”

If Fulop for whatever reason doubted his ability to go citywide last year, this election represents a test drive for the up and comer, the Wall Street wiz turned Iraq War Marine who re-surfaced stateside beside the late Mayor Glenn Cunningham and later on the local governing body. If he couldn’t take down Healy at the ballot box, he’s been the benificiary of a political climate here that weakened the mayor in the aftermath of numerous corruption busts last summer.

Now, as Healy tries to hold together his second term, Fulop attempts to demonstrate his power by deep-sixing an older emblem of the city’s old political school – McCann.

But McCann refuses to go down easy. 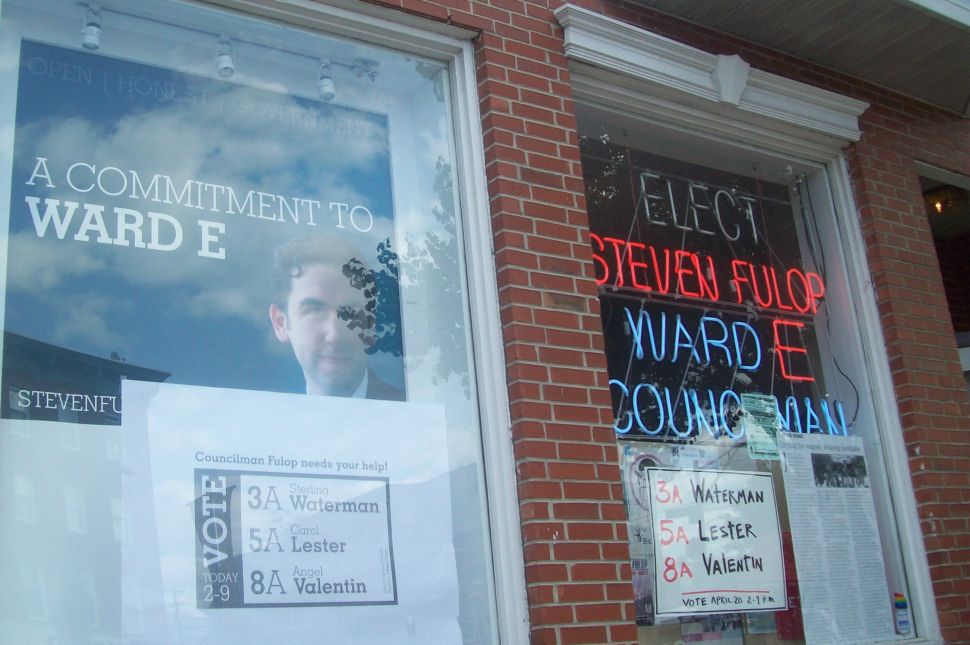