TRENTON – Fighting rumors that he is fading at the helm of a demoralized campaign, DPW Director Eric Jackson will stick in the mayor’s race, he told a crowd of supporters at his downtown headquarters.”

“I am unequivocally in the race for mayor of the City of Trenton to win this race,” said Jackson. “Too much is at stake. It has been suggested I won’t finish this race. That is not the case. Nor have I even considered that.”

Jackson said he would take a 15% cut in pay if he is elected mayor.

He then blasted At-Large Councilman Manuel Segura, the candidate in the mayor’s race with the most reported cash raised.

“How can he fulfill the demands of a fulltime job when he’s receiving disability compensation right now?” Jackson asked. “Right now Manny’s on fulltime disability for the State of New Jersey, which raises the eligibility question. If you’re not able to work a traditional nine to five job, two things: how are you out on this vigorous course everyday campaigning, which is a lot of work? Then, if you are able to be elected, how then do you turn off the eligibility you have been paid monthly for the last number of years to say that now I’m able to take on such a rigorous host of responsibilities? Physically draining. Time demanding. How do you do that?”

Segura, who walks with the assistance of steel supports, told PolitickerNJ.com that Franklin Delano Roosevelt served admirably as president from a wheel chair.

“FDR wasn’t collecting disability from the State of New Jersey,” Jackson said. “I’m not knocking anyone with disabilities or otherwise. I’m challenging his ability to do both.”

On the same day stories hit in the Trentonian and the Times of Trenton questioning candidate Tony Mack’s financial background as a business administrator at Barrington High School, PolitickerNJ.com asked Jackson if the campaigns with ties to Mayor Doug Palmer – namely his own and Council President Paul Pintella’s – felt the need to go negative on Mack and Segura because their respective campaigns lack traction.

“No we’re not in trouble,” Jackson said. someone took it upon himself to suggest that because I sat in a public place to talk to a longtime friend (Pintella) that I was folding up my camp. But guess what? I’m not going to sit there and let people take jabs at me. …And I’m not saying Mr. Segura put this put there that I was getting out of the race, for the record. 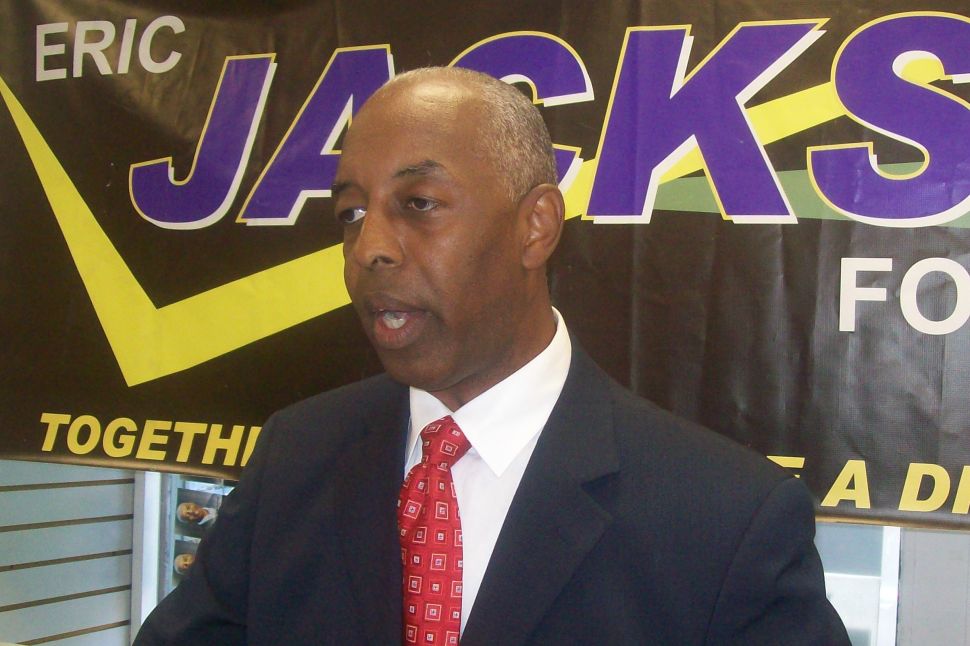