Joseph Azzolina, who served in the State Senate and General Assembly during a political career that spanned five decades, passed away this evening.  He was 84.

“A very sad day when we loose man like Joe. Our prayers are with his family,” said Leonard Inzerillo, a former Middletown school board member who nearly beat Azzolina in 2003. 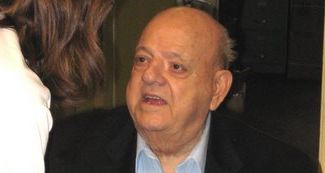