Having raised nearly $189,000 this last quarter, U.S. Rep. Leonard Lance (R-Lebanon) has $473,800 on-hand, according to sourcs close to the Congressman’s re-election campaign.

The freshman congresman over the past few weeks had no trouble securing the GOP line in each of the portions of four counties that compise his 7th District.

On Monday, three Republicans – Lons Hosford and David Larsen, both of Hunterdon County; and Bruce Baker of Union County – filed to run against Lance in the Republican Primary.

The Democrats awarded the line in each of the 7th District’s four counties to former Bridgewater-Raritan High School teacher Ed Potosnak of Scotch Plains. 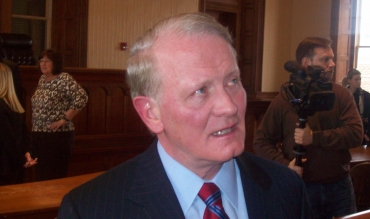