“I thought for this campaign, I’d get my hair cut in your honor and go with my Kojak look,” the 86-year old Lautenberg told Rice.

The connection between the senator and local councilman goes back to the early 1980s, when Rice’s father ran for the city council, just as Lautenberg first began running for statewide office.

Their political alliance grew stronger in 2008 when most of the Newark City Council backed challenger U.S. Rep. Rob Andrews (D-Haddon Heights) against Lautenberg.

Rice stuck with the sitting senator and campaigned hard for him.

Aides said the senator’s presence at the Newark Club last night – where supporters raised $15,000 for Rice’s re-election bid – was in part a remembrance of loyalty.

“You look fantastic, senator,” U.S. Rep. Steve Rothman (D-Fair-Lawn) told Lautenberg as the pair climbed aboard an elevator on their way up to the top floor of One Newark Center where Rice’s guests congregated.

“Another few weeks of this,” said a grinning Lautenberg, referring to the chemo. 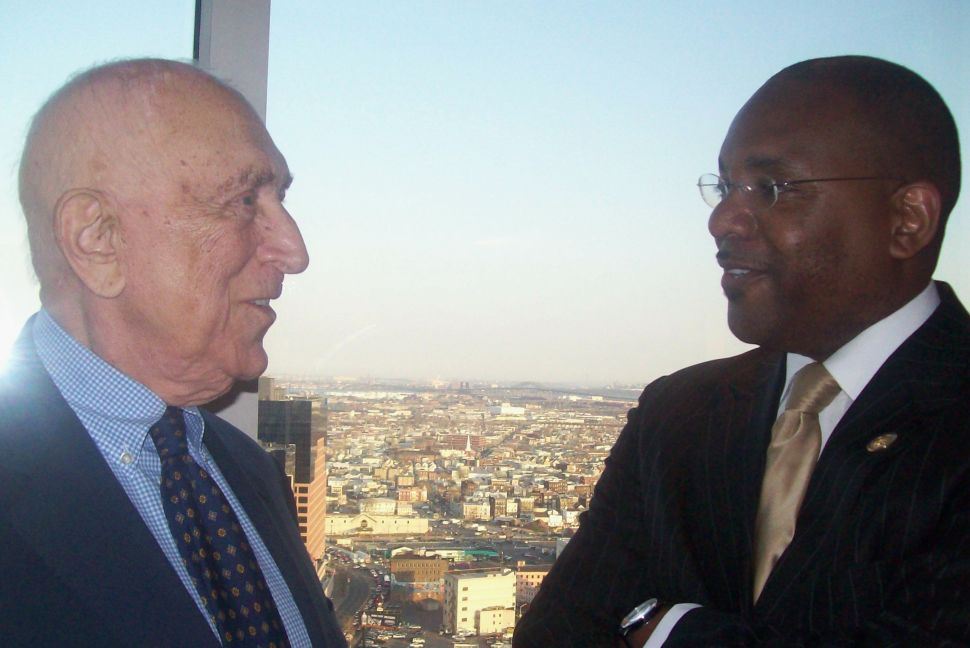