NEWARK – Mayoral challenger Clifford Minor captained a march on City Hall this afternoon a day after Mayor Cory Booker ducked a debate with Minor and two other mayoral candidates.

“Nobody was there,” Minor said of the St. Michael’s Church forum. “The mayor was not there and none of the at-large candidate were there. I just think it’s disrespectful to the people not to show up.”

Apparently intent on upicking the campaign’s energy level with four weeks until Election Day, two charter buses off-loaded 100 people in front of the steps of City Hall and they circled and started walking, “Minor – Mayor” signs shaking, as the candidate appeared and quietly made his presence known.

He wielded no bullhorn.

“I’m not going to speak today. This is their day and they want their voices heard,” said the challenger, indicating the protesters.

If Minor is soft-spoken by nature, Booker is MIA underground on the campaign trail, he quietly complained.

“Nobody is hearing their issues – nobody is talking about the issues (from among the Booker Team), but it won’t work,” said Minor. 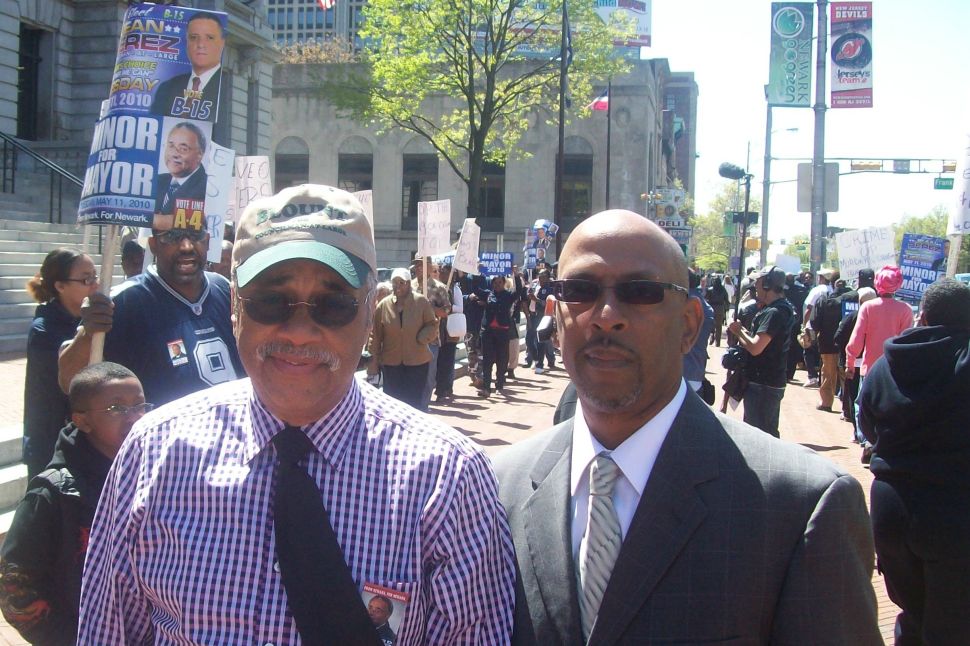