NEWARK – For months in their slow build-up to these last two weeks of their showdown, Mayor Cory Booker played the role of electric bon vivant while his challenger, retired municipal Judge Clifford Minor, seemed perpetually listless and stuck in slow motion.

But today, Minor projected confidence, animation and moral outrage – and Booker was underground in the aftermath of a Star-Ledger story revealing pay-to-play antics at Empower Newark, a political action committee bearing Booker’s fingerprints.

“The Star-Ledger has put proof positive on money coming in through Empower Newark – and then that person got a no-bid contract,” said Minor, gathered with his team at their headquarters on the corner of Market and Central Avenue. “We think that’s illegal.”

“We are asking for the state attorney general and the U.S. Attorney to look into Empower Newark and Pablo Fonseca, because we believe he’s part of a larger conspiracy,” Minor said. “It’s the tip of the iceberg to the corruption going on in Newark. It is far worse then what was going on in the Addonizio administration. Then, at least you knew what was going on. This is undercover in that this mayor is sticking his head in the sand. It is time to stop Pablo Fonseca. He is a threat to Newark.”

The Ledger reported that Empower Newark accepted $35,200 from 10 city vendors. “Within a year, five of the firms received $5 million in new no-bid contracts and five received $8.2 million in amended contracts.”

“I’ve been running for mayor for two and a half years,” he said. “People know me. The community knows me.”

The packed campaign headquarters cheered when Minor referred to the walkouts from earlier in the day by students protesting Gov. Chris Christie’s cuts to education.

“It was the best protest we have had in this town in years,” said the candidate, who noted that students wanted to talk to the mayor about the cuts.

But the mayor was a no-show. 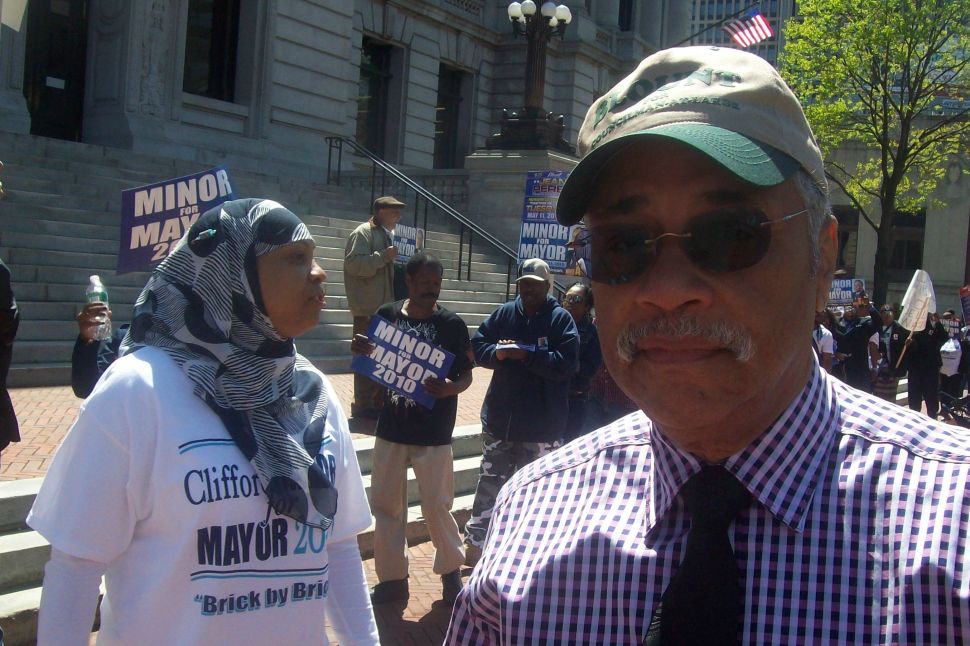