TRENTON – Bookended on the other side of a voluble Shahid Watson during the last debate at Mercer County Community College and faced with the task of trying to outflank his opponents in soundbite time, city DPW Director Eric Jackson craved the chance to break out of the format.

But one of his adversaries, businessman Frank Weeden, says Jackson should be thankful for being forced to stay under the radar.

In an economic downturn, Weeden argues, Jackson and other city administrators had the audacity to accept raises while the city dismissed lower level employees.

“The justiication is this: Frank Weeden won’t tell you that for four years the administration I was a part of didn’t receive any raises at all,” said the mayoral candidate. “He won’t tell you that we’re the individuals who don’t work from 8:30 to 5:30. He won’t tell you that my job personally puts me on call 24 hours a day, seven days a week. I’m up at 2 in the morning, 3 in the morning, responding to scenarios that happen on a daily basis around the city, let alone when we have catastrophic, three back-to-back emergencies of the waters coming over the banks when I’ve worked literally for 24 hours a day.

“I don’t care what industry you’re in, after four or five years, everybody deserves something, and what we were able to have done for the administrators, including myself, was to negotiate the smallest percentage raise that any union member got.

“I have people who work for me who make more money than I do. I demand that they work hard for their money and that they earn it. I deserve every dollar I get.

Recognized early as an eloquent speaker – he’s a deacon at his church – Jackson doesn’t mind getting in front of a group with a microphone in his hand.

He doesn’t mind standing in the center. He’s an executive, running – unlike some others in the contest – as someone who possesses management experience.

“Some of the other candidates – and I include people who have served as council people or freeholders – they don’t have – or they haven’t demonstrated that specific skill of running something. They know how to run against something, but not how to run something,” said the candidate, who worked the room at a Chambersburg fundraiser last night for North Ward council candidate Marge Caldwell-Wilson.

But there are ten people in the mayor’s race and with little name ID in political circles and just $17,000 raised toward his campaign, time is running down for Jackson to make his case.

The good news is there are nine other people feeling the same pressure. Jackson as the head of a 400-person department knows Xs and Os – like where his campaign workers need to stand and when. At every debate function, his people are arguably the most visible, carrying an oversized portrait of their candidate, acocmpanied by brochures and flyers.

Still, he faces the specific challenge of convincing voters that he’s not simply the candidate for city employees feeling threatened by big state cuts.

“I’m the mayor for everybody and folks at City Hall understand – even though they all don’t work for me – I was a guy who looked out for everybody, so that’s why they have that sense that I will protect them,” Jackson told PolitickerNJ.com. “But people – voters – need to understand that my interest lies in making sure we move Trenton forward as a whole. We can’t look at it in little, small pockets, we have to look at what’s best for everybody. Getting that message out there is a challenge.”

Most of his campaign contributions are the small check handiwork of city employees.

“We want to reach out to people and to people who know more people,” said the candidate. “It’s slow-going, and (new pay-to-play) rules aren’t making it any easier, but the good news is we’re using the money smart and we’re working hard. I can’t be mad about it. We’re reaching out to people wherever we can, using the Obama method – small donations.

Going back to Weeden’s dig that he should not want to be seen, Jackson – all out for attention – can only hope for more as he looks to make his mark in this mayoral contest mostly defined so far by a pack of contenders. 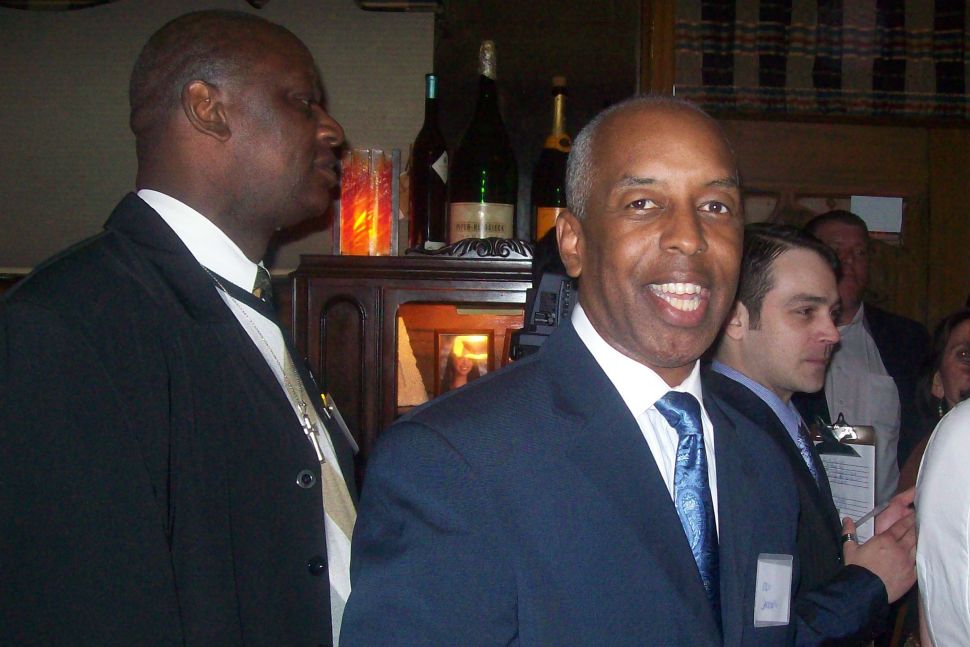