He traded pleasantries with rival Bruce Baker of Westfield, who then boarded the elevator on his way to the exit.

With an hour and a half to go before the deadline, Larsen settled into a chair with his campaign manager and prepared to submit his petition signatures.

He is the last Republican convention participant filing in the 7th Congressional District on deadline day.

“Four-hundred and fifty-eight,” says the candidate, when asked how many petition signatures he amassed. 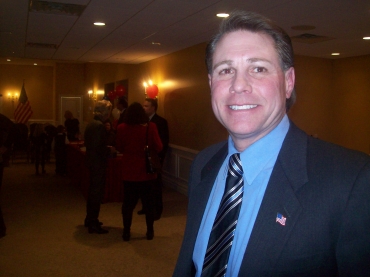