“President Obama’s plan to lift the moratorium on offshore drilling is a step in the right direction for reducing our nation’s dependence on foreign oil, creating jobs and bringing down the cost of energy on overburdened consumers,” said Runyan.

The Republican, a former offensive lineman running for the Republican nomination to challenge U.S. Rep. John Adler (D-Cherry Hill), supports offshore drilling only if it is more than 50 miles from the coast.

“In my opinion, the decision to drill off the coast of New Jersey, or any other state for that matter, is strictly a state’s rights issue,” Runyan said. “The federal government should get out of the way and leave it up to the people in each state to make that decision through the governor and state legislature they elect.”

Opposed to Obama’s cap and trade efforts, Runyan like the president nevertheless argued that offshore drilling should be “part of a long-term energy strategy that will help fund a more rapid transition to alternative energies like wind, solar, nuclear, clean coal and shale oil from the Western Rockies.”

“Those who want to put all our eggs in the domestic drilling basket are wrong, and so are those who want to focus exclusively on alternative energies – we need to do both,” said Runyan.  “The people of this country deserve a comprehensive energy plan that makes America less dependent on foreign oil, creates jobs, protects our environment and reduces energy costs for consumers struggling to make ends meet.”

Runyan in the past has repeatedly criticized Adler for voting in favor of the cap and trade energy bill in the House, and he stepped up that critique today of a plan “no American can afford.”

But Adler’s not the only 3rd District competitor intent on seeing Runyan dismantled.

Running to the right of the frontrunner in the GOP Primary, former Tabernacle Committeeman Justin Murphy examined Runyan’s comments on drilling and quickly identified what he believes is a common – and disappointing – theme.

“This is some of Jon’s inexperience showing through,” said the long-shot Republican and second time Congressional candidate. “Jon wants to call himself a conservative and then be pro-choice. Here he wants drillng, but then he says it’s a states choice issue. Either you’re going to drill or you’re not.

“I support off-shore drilling as I did in 2008,” Murphy added. “If it cannot be extracted safely, I won’t support it. But it’s important that we attempt to do it – on many levels.”

Campaigning door-to-door today in Medford, Murphy said the double barrel message in the 3rd District is jobs and taxes.

“New Jersey would receive a royalty from the federal government for allowing drilling – and that’s money for local school boards to relieve the local property tax burden on homeowners,” he said. “Then there’s the union blue collar work force that would be the direct benificiary of jobs, jobs, jobs.

“My opponent takes a calculated position – again – to try to have it both ways,” Murphy added. “This is a candidate who was handpicked by three very powerful political bosses, who says he’s an independent conservative. Jon, put your cards on the table and speak with candor.”

Engaged in a district-wide listening tour, Runyan said part of his circuit includes the Tea Party crowd that Murphy is attempting to dominate as his primary base.

“I have gone before those groups, and we are in the process of setting up other meetings,” said the former football pro. “Everybody will disagree on certain things, but I’m a conservative. My main thing is the special interests are getting in the way of government. I haven’t aligned myself with anybody; I don’t close the doors.”

But the Sierra Club this afternoon issued a release depicting Runyan as an oil industry lapdog.

Favoring drilling only out of the sight of New Jersey bathers, the candidate underscored that the risk of a major oil spill is remote and punched back at what he cited as Tittel’s fear tactics.

“Trying to scare people with doom and gloom scenarios only serves to keep this country addicted to foreign oil, keep people out-of-work and keep energy costs rising at a rate faster than consumers can pay,” said Runyan. “I am confident that putting these decisions in the hands of the states will give more power to individual citizens to have their voices heard and eventually lead to sensible compromise that benefits the nation as a whole.”

“Any spills that happen in Virginia or Maryland would hurt the Jersey Shore,” Tittel said. “It does affect us. Either you support oil drilling or you don’t. The states rights issue as he’s using it here ended in 1860, let’s face it. Fifty miles is two to three hours travel on a leak. If there’s a leak 50 miles off Cape May, it will hit New Jersey.” 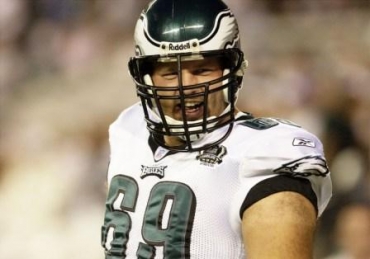