JERSEY CITY – The lower depths of the Jersey City subway system unclog in sections, and when the people hit the top of the steps, they run into School Board candidate Gerald M. Lyons.

“People are confusing me with Gerald McCann because we have the same first name,” Lyons tells PolitickerNJ.com between plastering his campaign lit between the fingers of pedestrians heading off this Grove Street station.

The name of the former mayor turned school board member conjures a temperature change evident in the transformation of Lyons’s facial features.

People exiting may interpret those words as the exclamations of a man telling them that they’ve arrived in New Jersey’s second biggest city.

A few paces up, a Steve Fulop satrap hands out Waterman-Lester-Valentin palm cards.

“Do you really want a $630 million school budget in the hands of a felon?” she asks.

Back at Fulop headquarters, Tommy Bertoli, the old school arm of the councilman’s campaign operation says of his longtime rival, “He’s going to lose tonight. That’s why he’s going nuclear on us.”

He turns on his heel by the cooler and levels his gaze at PolitickerNJ.com in reference to an earlier McCann quote about his family, “And my father did not go to jail.” 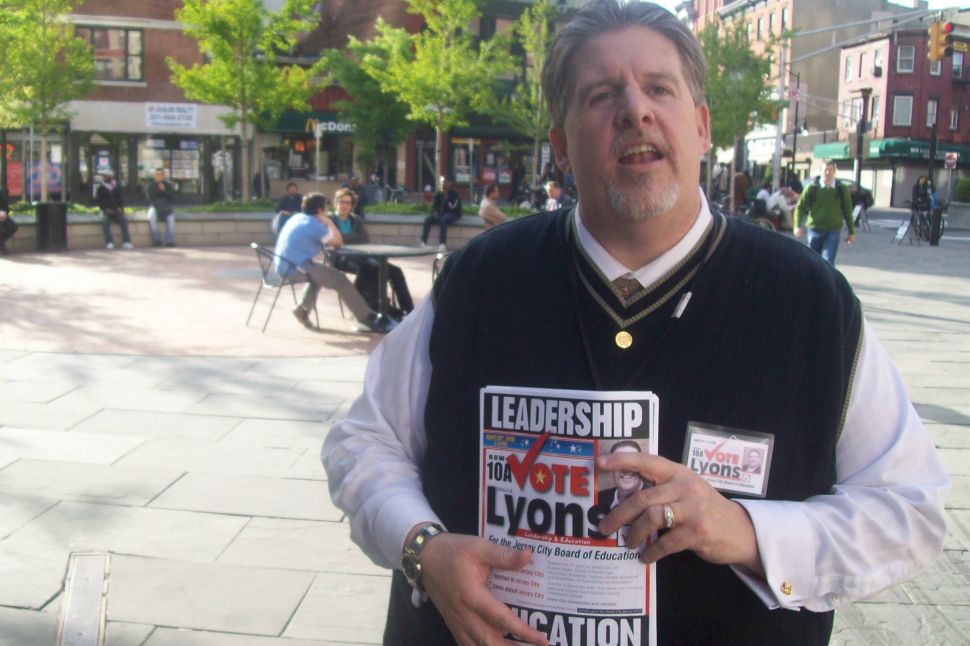