TRENTON – Senate Budget and Appropriations Committee Chairman Paul Sarlo plans to back the nomination of Acting Department of Community Affairs Commissioner Lori Grifa, but now he’s at the microphone quizzing her about Gov. Chris Christie’s proposed budget, which he doesn’t support.

“Local mayors are balancing budgets with $2.4 billion less from the state, how does that not translate into a rise in property taxes?” Sarlo wants to know.

“I cannot agree with your assessment, senator,” says Grifa. “It’s undoubtedly going to change local governments in the way they provide service but it doesn’t necessarily deprive property tax relief. I would remind you, this is the third consecutive year of municipal aid reduction.”

Seeking an impact example, Sarlo goes to relocated Bergenite, Republican Mayor Steve Acropolis of Brick Township, who Sarlo says must raise taxes locally by $350 as a consequence of Christie’s cuts.

“Mayor Acropolis is way out in front of the things we’re asking him to do,” says Grifa, a Toms River resident. “I’m not familiar with the details of the Brick budget. The governor is asking him to do as much as possible. There is still a four percent cap. To the extent that he or any other municipality needs to have discussions about pass-throughs, they’ll be discussed on the merits.

“Even Mayor Acropolis may have to look harder and dig a little deeper.

Sarlo and Grifa go back and forth before Sarlo says, “We will see the largest property increase in decades as a result of this budget.”

They argue across a philosophical divide. Grifa sees government as the problem, and wants to shrink to shrink the DCAs involvement, even as the economy improves. 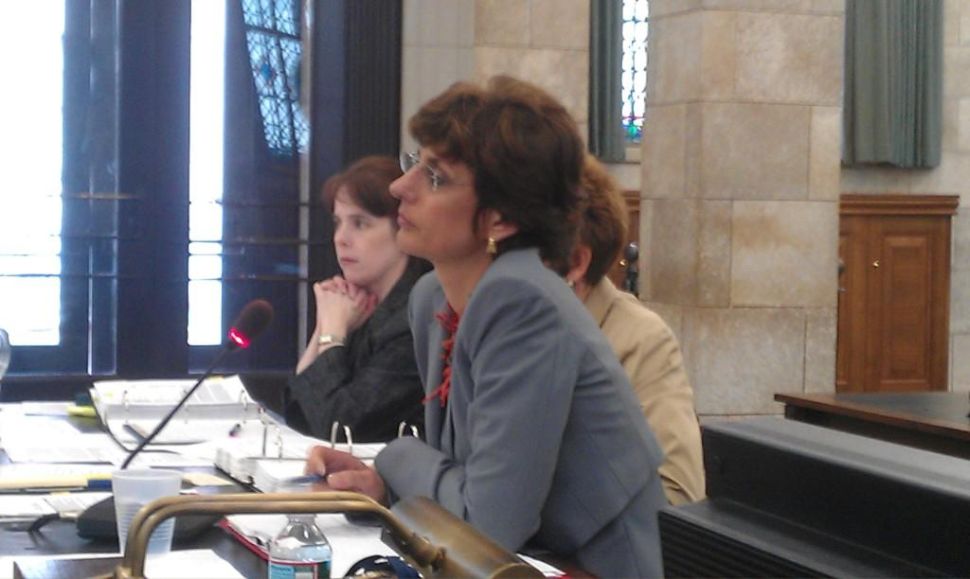