But the detailed contents of that tool kit are still not available as teachers in multiple school districts face the chopping block, even in school districts where teachers allowed certain salary give-backs if not full wage freezes.

“If every district negotiated a wage freeze that would be $765 million – enough to restore 12,541 positions,”  Schundler tells Greenwald.

But enacting wage freezes without binding arbitration add-ons and other measures is not likely, Greenwald argues. He asks Schundler, a mayor of Jersey City for nine years, if he was ever able to negotiate a wage freeze.

“We were not able to negotiate a wage freeze,” says the commissioner of education, adding, “If the governor passes his legislation, we can save those jobs.”

But with the clock ticking on the budget process as local governing bodies size-up failed school budgets and try to ascertain where they can cut, Greenwald again complains about the absence of the governor’s proposed tool kit. He doesn’t know why the legislature has to wait until May. 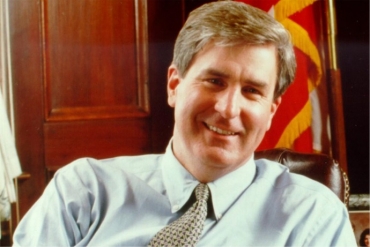