TRENTON – If frontrunner status can be gauged in proportion to the amount of off-the-record badmouthing one endures in the course of a campaign, At-Large Councilman Manuel “Manny” Segura with just over three weeks to go in the Trenton mayor’s race, can claim some measure of status.

The news last week that Segura has raised the most money of the ten candidates running preceded a slew of grim information sharing sessions in which other candidates or their surrogates interjected the issue of Segura’s physical fitness into the contest.

If he’s on disability now, how can he possibly endure the 24-7 demands of a city in meltdown?

“Franklin Delano Roosevelt was in a wheelchair, and he was one of our best presidents,” Segura told PolitickerNJ.com. “I have my limitations physically, it’s true. At one point in time, I couldn’t even walk. But Franklin Roosevelt was one of the persons in executive office who cared most about humankind.

“Because of my tribulation and pain that I go through everday, I am able to be compassionate about people,” added the candidate, a one-time Mayor Doug Palmer ally whose relations with the retiring mayor turned sour. “I know the people in this city are ethical and hard-working.”

Segura said he expects to run City Hall not unlike the way a conductor directs a symphony by “putting all of the different musicians together.”

The candidate sustained his injuries in a 1996 car accident on the Garden State Parkway and is able to walk only with the assistance of 25 pounds of steel in his lower back.

“If I walk into this position now and find that that now that I’m there, the job is too hard, I’ll be honest and say so, but let me get there, give me the benefit of the doubt,” said Segura, who’s also received conversational knocks from fellow competitors who complain that he grew up in Perth Amboy, not Trenton.

“Did every leader who came to a town come from that town,” Segura wondered. “Obama went to Washington, and Obama’s not from Washington. The fact that you’re from a city doesn’t give you the automatic entitlement of leadership. I have put in more time and effort than many who are from here. When you plant a seed, you watch that seed blossom in a city, and I have two granddaughters from here, the center of Trenton. I graduated from Trenton State College in 1979 and spent most of my years right here. I own three homes in the City of Trenton.”

A Democratic State Committeeman, Segura was a top Major League baseball prospect coming out of high school in Perth Amboy.

“But I don’t go out there bragging,” Segura said. “I am just a humble person who wants to serve the community.” 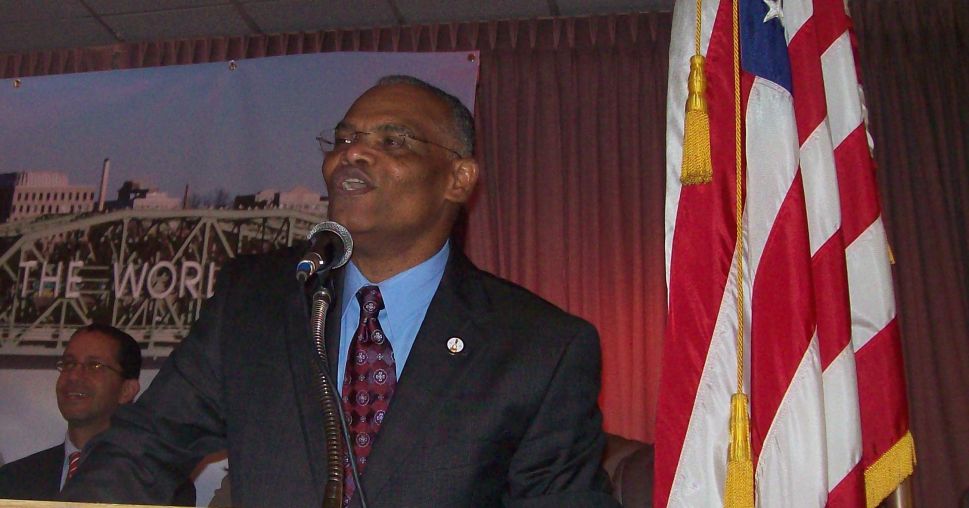