“These people are here because they’re tired of having to choose between no ideas and bad ideas,” said Sharif, son of veteran South Ward political operative Carl Sharif, and an independent candidate for council.

Booker’s and Bell’s supporters trust that the other Central Ward candidates cancel one another out, enabling Bell to prevail, but Sharif took a swipe on Saturday at what he sees as the complacency of his older opponent’s campaign.

“Nobody here was bussed in or given job credit for showing up,” Sharif told his supporters. “They took the time on this beautiful Spring day because they know they have a stake in their own success. Together we’re going to realize the potential of the Central Ward.” 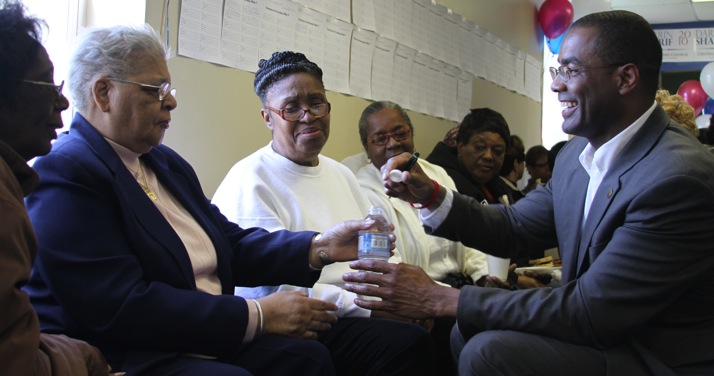