TRENTON – Senate President Steve Sweeney (D-West Deptford) said the only way New Jersey Supreme Court Justice John Wallace would fail to get renominated is if Gov. Chris Christie kowtows to the extremities of the Republican Party and decides to jettison the veteran judge.

“John Wallace is not an activist judge,” said Sweeney. “He is not a liberal. He is very much a moderate. His record displays that. The only way John Wallace doesn’t get re-appointed is if Chris Christie caves into the right wing of the Republican Party. If we’re going to politicize the judiciary, we might as well live across the river where they elect their judges.

“I don’t think he has much time beyond tomorrow to give us an indication of what he intends to do,” added Sweeney, as the senate runs into crunch time in advance of a May 20th voting session.

“But if you take John Wallace off the bench, it’s only political.”

Sweeney made his comments as the Americans for Prosperity organization continues to run two radio spots urging Christie not to renominate Wallace.

“I hope Chris Christie has the courage and political savvy to stand up to this Supreme Court,” said Steve Lonegan, director of the organization and Christie’s Republican Primary opponent in last year’s governor’s race.

“Judge Wallace is the epitome of a go along to get along judge,” Lonegan added. “This is a guy who released Tommy Trantino – who should have been executed as a cop killer – back into society.”

As reported by the Gloucester County Times, the New Jersey State Bar Association this week suggested that Christie plans to dump Wallace.

According to the Times, the association “passed a resolution urging Gov. Chris Christie and the Legislature to evaluate judges facing tenure with an eye toward maintaining the independence of the State Judiciary.”

In the event that Christie does not offer Wallace’s name for re-appointment, “We are researching all of our options,” the senate president said.

During Lonegan’s unsuccessful gubernatorial  campaign last year he regularly pressured Christie to commit to changing the course of the Supreme Court with new appointments.

“If these guys took off their robes, they’d be chasing ambulances, they’re a disgrace,” he said. “They have created conditions for the highest property taxes in the nation. I hope the governor does the right thing. Steve Sweeney is so out of touch with reality, he’s just another Trenton insider.” 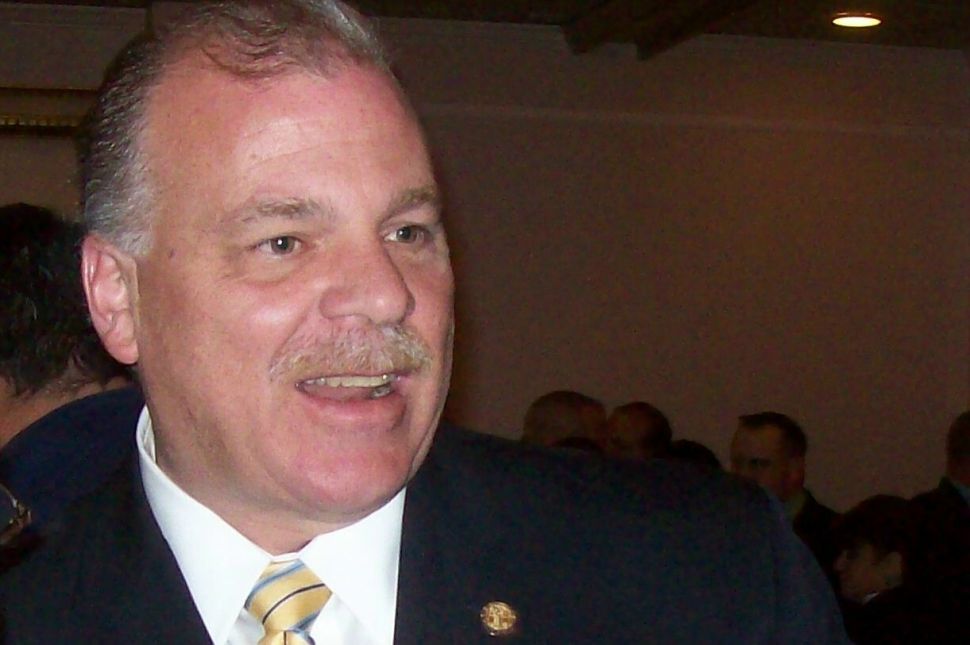