Joseph Azzolina, a proud Navy veteran and millionaire supermarket chain owner, was a venerable political leader in Trenton and in Monmouth County, whose career in public office spanned parts of five decades.  He ran for office a total of seventeen times, including for bids for State Senator and one for Congress.  Azzolina died last night at the age of 84.

Monmouth County had gone Democratic in 1964, giving Lyndon Johnson a 33,933 vote plurality (61%) over Barry Goldwater.  Largely on Johnson’s coattails, three Democrats under the age of forty won upset victories:  James Howard, 37, an elementary school principal, won a Congressional seat the Republicans had held for 22 years; Eugene Bedell, a 36-year-old labor leader from Keansburg, won a Freeholder seat (by 629 votes); and 37-year-old  Patrick McGann, a lawyer and former Deputy State Attorney General, won a Special Election for the State Assembly (the seat was vacated by Republican Clarkson Fisher, who resigned to become a Judge) by 6,673 votes over Republican Louis Aikens.  In the 1960’s, Assembly seats were elected in countywide elections.

Azzolina was the 39-year-old Middletown Republican Municipal Chairman in the Democratic year of 1965 when he unseated McGann by 1,606 votes. Azzolina’s ran on a ticket with Alfred Beadleston, the former Assembly Speaker who had been in the Assembly since 1952, and former Asbury Park Councilman James Coleman; they defeated Red Bank Mayor Benedict Nicosia and Freehold Councilman Samuel Sagotsky.  Incumbent Irving Keith did not seek re-election.  The three Republicans won despite a 5,586 vote margin in Monmouth for the Democratic Governor, Richard Hughes.

(Beadleston, a Shrewsbury Councilman from 1939 to 1941 and Mayor from 1941 to 1952, moved up to the Senate in 1967, served as Senate President in 1973 and Senate Minority Leader in 1974 and 1975, and retired in 1977. He died in 2000 at age 88.  Coleman, 81, the husband of former Republican National Committeewoman Judith Stanley Coleman, served many years as a Superior Court Judge and now resides in Red Bank.  McGann, now 83, went on to serve as a Superior Court Judge; his best-known decisions was in 1995, when he sides with the Boy Scouts of America and rejected a bid by an openly gay scoutmaster, James Dale, to be reinstated.  McGann’s decision, which later went to the U.S. Supreme Court, included Biblical references to Sodom and Gomorrah that said homosexuality was “a serious moral wrong.” Nicosia, now 85, served as a Superior Court Judge from 1978 to 1988 and is Of Counsel at the law firm of Red Bank Mayor Edward McKenna. Sagotsky passed away in 2004 at age 95.  Aikens went to the Assembly in 1969 and served one term. Fisher served as a Monmouth County Judge from 1964 to 1970, and as a U.S. District Court Judge from 1970 to 1987.)

After six years in the Assembly, Azzolina moved up to the Senate in 1971 when reapportionment gave Monmouth County a third Senate seat.  Azzolina finished more than 8,000 votes behind the two incumbents, Beadleston and former Senate President Richard Stout, but finished more than 6,000 votes ahead of the Democratic candidates, Vincent Miller, William Hemelman, and Walter Gehricke.

Azzolina’s Senate career lasted just two years.  For the 1973 election, legislative redistricting created individual Senate districts and Azzolina sought a second term in a new Monmouth-Middlesex district that included Middletown, Aberdeen, Keansburg, Keyport, Matawan, Red Bank, Jamesburg, Monroe and Old Bridge.  The Democrats ran Bedell, who had won the Assembly seat Azzolina vacated in 1971; Peter Garibaldi, a three-term Republican Assemblyman from Monroe who was not offered a slot on the GOP ticket (Azzolina ran with 29-year-old Old Bridge Mayor Richard Cooper and Red Bank Councilman Michael Arnone) ran as an Independent.  That was the Watergate year and Azzolina was among the casualties of a Democratic landslide that left the GOP with just ten Senators.  Bedell won by 11,701 votes, 59%-35%.  In 1977, Azzolina ran again for the Senate and lost to Bedell by a 6,514 vote margin, 54%-41%.

(A former bricklayer, Garibaldi, was re-elected in a Middlesex district by just 85 votes in 1971 and won 42% against Democratic Congressman Frank Thompson in 1972.  Elected Mayor of Monroe in 1976, he unseated State Senator James Bornheimer in 1983 and then lost his seat four years later to Thomas Paterniti.  He lost re-election as Mayor and later made Independent bids for Mayor and the State Senate. Cooper and Arnone again ran unsuccessfully for the Assembly again on Azzolina’s ticket in 1977. Arnone became Mayor of Red Bank in 1978 and went to the Assembly in 1990 when John Bennett moved up to the Senate. Cooper, who died in 2003 at age 61, made a third unsuccessful Assembly bid as a Democrat in 1989 and was the unsuccessful Democratic candidate for Old Bridge Mayor in 1991.)

In 1987, the 61-year-old Azzolina sought a return to the upper house, challenging freshman Democratic Senator Richard Van Wagner.  Van Wagner, a Middletown resident, went to the Assembly with Flynn in 1972 and moved up to the Senate in 1983 when he ousted Republican Jack Gallagher, who had unseated Bedell two years earlier.  Van Wagner just narrowly won re-election, defeating Azzolina by only 911 votes, 51%-49%.

Azzolina returned for a third tenure as an Assemblyman in 1991.  Joseph Kyrillos, a 31-year-old former campaign operative and Reagan administration official, won Azzolina’s Assembly seat in 1987; he began running for the Senate in ’91 against Van Wagner, who resigned to take a job at the Sports Authority and was replaced by James Phillips, now the Mayor of Old Bridge.  The Republicans won a landslide victory in 1991, following Governor James Florio’s tax increases, and Azzolina and Smith defeated Democrats Kathleen Olsen and Robert Murray by more than 11,000 votes.  Since his return, Azzolina won six more times — most recently in 2003 by just 244 votes, the closest race of his career.

In 2005, his political career came to an abrupt end when Monmouth County Republicans denied him organizational support for another term in the Assembly.  Azzolina ran off the line, but lost the GOP primary to Amy Handlin, then a Monmouth County Freeholder. 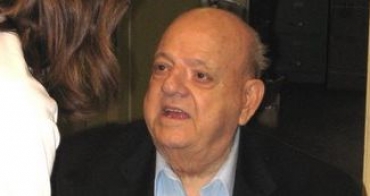