He will mark the occasion in private. For the rest of us, this seems as good a time as any to reflect on the impact Tom Kean has had on New Jersey and the United States in the time he has been in public life. Whether as an earnest young legislator with a passion for education and the environment; a governor who challenged his state to be “second to none;” or chairman of a national commission that would redesign the nation’s intelligence and national security infrastructure, Kean made his mark.

Equally as important as what he did was how he did it. In the course of a public career began in 1967, Kean held many titles: Assemblyman, Assembly Speaker, Governor, University President, Chairman of the 9-11 Commission, and the one he most preferred, “Citizen Kean.” Yet the thousands, if not millions, he encountered along the way, referred to him primarily as “Tom.” Therein lies a tale

Kean was perhaps the most famous New Jersey Governor since Woodrow Wilson. He was also the first professional educator to serve as governor since Wilson. And as it did Wilson, fate decreed that Kean wrestle with the most complex national security questions of his time. It was not accident that Kean came out the better place.

Wilson preferred to allow his dream of a more secure and an interdependent world to perish rather than compromise with a willful adversary, Henry Cabot Lodge (The Elder).  At a time when the United States witnessed the most intense partisan divisions since, perhaps, Wilson’s day, Kean not only brought together the five Democrats and five Republicans who comprised the 9-11 Commission, but obtained the support of the Bush administration and its most ardent critics for the commission’s proposals- and in the midst of a particularly strident and bitter presidential election cycle.

What accounted for these two different outcomes? Heraclitus had the answer. “Man’s character was his fate,” he said. An observer of Wilson’s said that a meeting of the president and his closest confidant occurred every morning when he beheld his reflection in the mirror, while shaving. Had the New Jersey state treasury a dollar for every person Kean sought out for advice Kean over the decades, it would make up a good portion of its financial shortfall. Before Al Gore beheld the wonders of the Internet and Barack Obama’s advisers turned to Facebook, Tom Kean had mastered the art of social networking. He sought of information far and wide from multiple sources, both conventional and offbeat.  By the time he became governor, Kean had pulled into his orbit in addition to his peers and immediate advisers, but colleagues past and present, former students, academics, actors, authors, scientists, members of the public.  Many were the times when agency heads, senior aides, legislators, or reporters departed the governor’s office, caught off-guard by a question Kean put to them about areas they admittedly knew more about than he. “I wonder how he knew that,” became a familiar refrain as well as a running joke in the statehouse during Kean’s time as governor.

Kean brought with him into public life an intense curiosity and a genuine fondness for people. He had a way of making people want to help him and invest in his success without his having to ask. He had to have been one of the least isolated people ever to hold office and the one who was the least affected by the trappings of office.

Kean was living Ronald Reagan’s dictum, “There was no limit to what one can accomplish if you don’t care who got the credit,” before the “Great Communicator” ever uttered it. A feeling common among all who Kean brought to his side, whether in state government, at Drew University, or on the 9-11 Commission, was the sense that they worked with Kean rather than for him. The tone he set encouraged members of his “team” to give him unvarnished assessments- often with the bark off. Associates had a sense they could bring anything to his attention. They knew that he would never “shoot messengers,” nor betray confidences.

As governor and as chairman of the 9-11 Commission, Kean took the public into his confidence. He allowed it to observe how he made decisions and used public support he had built as leverage over adversaries and obstacles.  When a series of environmental emergencies caused alarm in certain communities, Kean rushed to the scene, released up- to-the minute information, and, in the words of one reporter, “…took charge and rallied the various agencies of state government like a seasoned field general.”

Beset with a statutorily mandated short timeline in which to release the 9-11 Commission’s findings, Kean insisted upon holding public hearings. “It is important that we involve the public in our work,” he maintained. When recalcitrant agencies responded slowly to requests for information, Kean, the former teacher, graded cabinet-level departments according to their cooperation. The pace of documents pouring in increased after each of Kean press conference. But for the public pressure Kean kept on both the executive and legislative branches, the 9-11 Commission Report would have remained on a shelf and its recommendations ignored.

While Kean’s approach took much of Washington by surprise, it was standard operating procedure to much of New Jersey. That was how Kean established the Transportation Trust Fund, relieved prison overcrowding, allowed for state takeovers of failing schools, reformed welfare (setting a precedent for what Bill Clinton and Newt Gingrich achieved a decade later), raised educational standards, and established the New Jersey Center for the Performing Arts in Newark.

Kean even had a slogan that encompassed all he attempted: “New Jersey and You-Perfect Together.” Twenty years after he left office, it evokes in the public imagination the spirit of Kean, just as “New Deal” does of Franklin D. Roosevelt, “New Frontier” does of John F. Kennedy, and “Morning in America” does Ronald Reagan.

So as Kean prepares to blow out another bunch of candles, he better not settle in too comfortably. Chances are good that some president, some governor, or some great cause may lure Kean back into the saddle. History is full of examples of leaders years his senior answering their country’s call.  It may well be that Tom Kean’s greatest contributions lie ahead of him.

But for today, Happy Birthday, Governor.

Alvin S. Felzenberg, author of Governor Tom Kean: From the New Jersey Statehouse to the 9-11 Commission (Rutgers University Press) and The Leaders We Deserved and a Few We Didn’t: Rethinking the Presidential Rating Game (Basic Books) served as Assistant Secretary of State in Tom Kean’s administration and as director of communications for the 9-11 Commission. 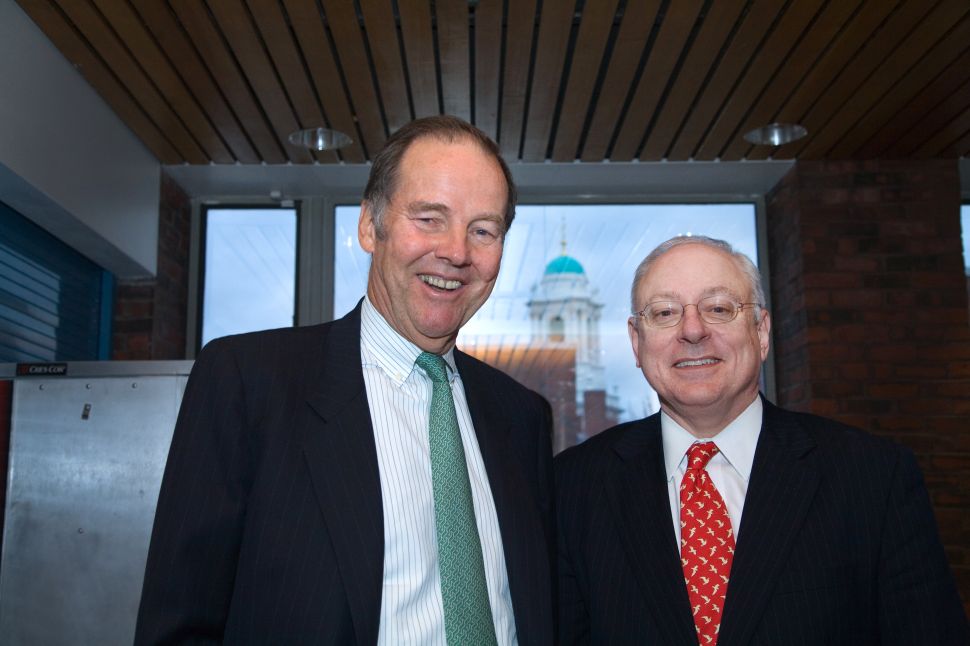