Gov. Chris Christie’s presser this morning convenes without the presence of Senate Majority Leader Barbara Buono (D-Metuchen), who could not support the recomendations of the Red Tape Review Group and consequently found her name removed from the roster of “unanimous” committee members.

Lieutenant Gov. Kim Guadagno captained the review commission in an effort to find ways to trim bloated bureaucracy and improve efficiency, and by the end of the process, they streamlined Buono.

“The Group has conducted its meeting in a transparent and bi-partisan fashion, and has arrived at a series of unanimous recommendations,” reported Guadagno in a cover letter to the report addressed to Christie and dated today.

The letter fails to mention that Buono was a member of the group – and its ranking Democrat – until getting unceremoniously booted, she claims for having opposed the content of the report.

“Unanimity can’t be forced,” she said.

The Senate Majority Leader’s problem concerns the group’s recomendations to allow rules and regs changes without public comment and an extension of  permits from five to seven years.

“Upon scrutinizing the specific language I raised numerous concerns, particularly with respect to the potential for erosion of our citizens’ constitutional due process rights of public notice and comment,” said Buono.  “Those concerns and others regarding the implications of the group’s evolving recommendations began to emerge as we approached the deadline established by the governor’s executive order.”

The Sierra Club praised Buono for stepping out on the final product.

“Changing procedures on rules and reguilations, enabling commissioners to make changes without public comment, is a real concern,” said exective director Jeff Tittel. “That means  rules can come up and the DEP commmisioner can readopt them with public notice – and no public comment.”

Buono said she received a copy of the final report at 5 p.m. last Friday, and has not fine tooth combed the whole document, but maintained that based on her own hearings and discussions with constituents and other elected officials, more than process, inertia in a large bureacracy like the Department of Environmental Protection (DEP) remains the issue.

“I think we need a culture change, but transparency in rule-making is very important,” Buono said. “If these changes pass, the commissioner by himself would decide if the rules are good enough or nor good enough. That should be great concern to the public.”

Guadagno, however, pinned Buono as the time-burdened culprit.

In letter dated today, the lieutenant governor suggested the senate majority leader’s objection was owing to her own schedule, not to anything substantive within the Red Tape Group’s document.

“I am pleased to report that the other members of the Group have endorsed the bi-partisan recommendations contained in the final report…” Guadagno wrote. “I am sorry that your schedule did not permit you to review the final report and that, as a result, you are not in a position to endorse it at this time.”

The governor’s office was more succinct.

“This is not political, it’s good government,” objected Tittel. “Barbara Buono has had a long history of working on landuse issues. She voted against Fast Track. This recommendation just pushes bad permits out quicker. It weakens environmental protection and the public process all at once.”

Early on Monday afternoon, Burzichelli issued his formal approval of the report.

“New Jerseyans have been waiting for too long for us to find ways to reduce the mountains of regulation affecting their daily lives, while still honoring our responsibility to protect the environment and citizens.,” Burzichelli said. “From the hours of public hearings and working alongside the lieutenant governor, it was clear that she and this committee were serious about making this process fair and bipartisan.  The Assembly has already taken steps to ease burdensome regulations, and now this report gives us a blueprint for how to get more reform done in Trenton.” 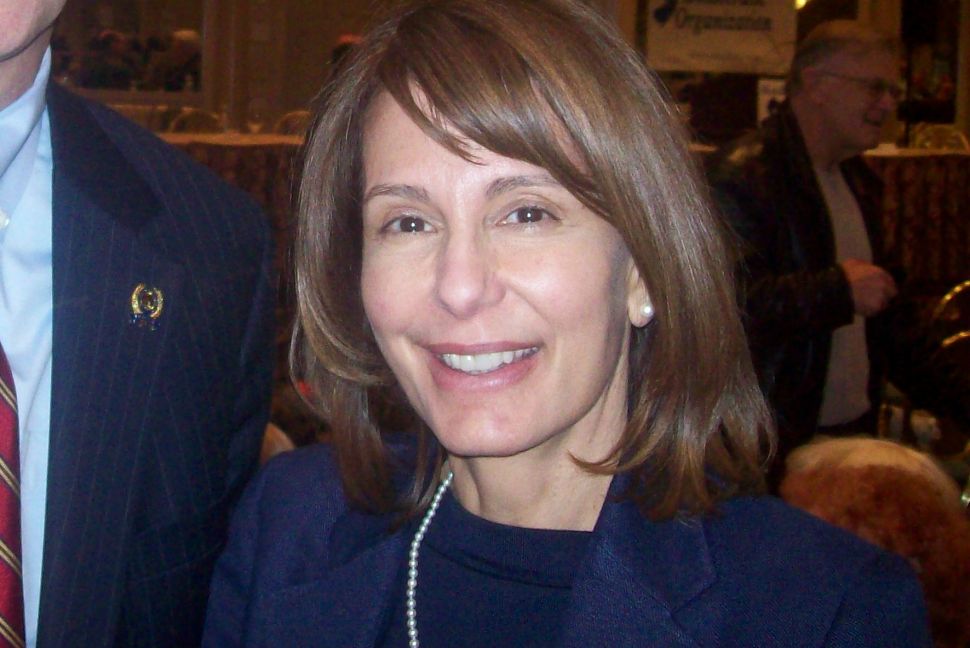