“He’s one of the most notorious criminals in New Jersey,” reads the campaign glossy. “Adam Schneider took his money.”

Schneider said the piece bounced right off of him, doing no damage.

“A nasty attack piece,” acknowedged the 20-year incumbent. “Essentially what it says is that I took campaign contributions from Dwek eight years ago. Then it says Solomon Dwek took bribes. They try to make a connection. Because A happened, B happened. I had people here saying this is slanderous.

“The way I look at it,” Schneider added. “They put this great picture of me on the other side of the piece. I look great. Tanned. Trim. Sunglasses. If today was the best he’s got, thank you for the good picture of me. I didn’t even get mad. And believe me, I get angry. This thing with Dwek didn’t fly in the newspapers two weeks ago when they threw it in there, and it won’t work now.”

Schneider’s Tuesday piece against Unger, which he described as “fun,” charges the challenger with bending the truth, reminding voters of how Unger bragged that he had a conversation with then-Department of Environmental Protection Director Lisa Jackson, a conversation that never happened, according to Jackson’s office.

“A lot of people laughed,” said the mayor, referring to the mail piece.

“One would think that after 20 years, the man would have something positive to say aabout his tenure,” said Politano.

But that would be difficult, admittedly, said the Unger ally. 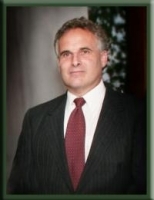