TRENTON – The rape of a seven year old girl last week prompted mayoral candidate Shahid Watson to issue a battle cry for a community rally this coming Saturday at the Lighthouse Outreach Ministry.

On the corner of Broad and State today he grabbed a handful of what he says are 743 confirmed attendees for his event, but the controversial businessman/reverend landed exactly zero of his fellow candidates as stage presences for an event Watson says will include appearances by the Rev. Al Sharpton and hip-hop mogul Russell Simmons.

Watson said his fellow candidates are ducking the issue.

“It’s very strange that no one said anything,” the mayoral candidate told Politicker NJ.com. “It was out there for over a week. I sat there and waited to see who was going to have the courage to stand up – and no one stood up but me.”

In fact, he argues, not one’s more qualified to speak to the issue than himself.

“They’re (the other candidates) wrong,” said Watson, a Newark native transplanted to Trenton.

“If they read my book that I wrote in 2007, on page 29 it clearly says and talks about how I was molested at the age of seven and I faced this same problem and pain – me, and my brothers and sisters,” he added. “I didn’t say anything to my mother and my father. I wanted to, and many times I struggled with telling them and so many young girls are being molested today and nobody knows. The real issue is how are we going to deal with the 15-year old and who is the person that molested her.”

The other candidates are making a mistake by not coming to the rally, he argues.

“The people will be there,” he said.

With that, a trio of young women passed and Watson pursued them down West State.

He pressed the issue one more stride, two more strides, but one of them called over her shoulder smiling, “We have to get back to work.”

Watson came back with a grin, indomitable. 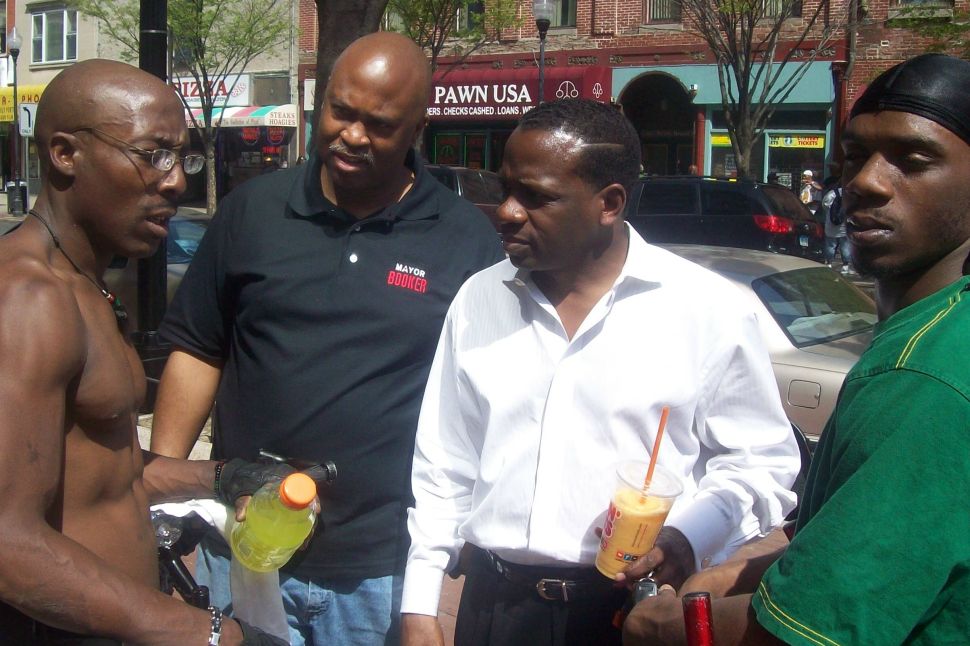