NEWARK – Seldom angry in public, Mayor Cory Booker admitted the press ruffled him today at the New Jersey Performing Arts Center as they closed in with questions about differences with Gov. Chris Christie, who had just left the theater after pledging his partnership with the city.

“Questions about the caustic coagulation of current events,” Booker fumed at the microphone, his back to the Phantom of the Opera interior of the 13-year-old arts center.

“I’m frustrated because without the political partisanship we could be so much further down the line,” added the mayor, who’s six days away from his re-election contest against challenger Clifford Minor, a retired prosecutor and judge.

Today’s ceremony with the governor marked the formal unveiling of plans for Newark’s tallest building, One Theater Square, a $38 million 44-slender story tower, slated to include more than 300 residential units, 20 percent of which will be set aside as affordable housing for artists. The Dranoff Properties building will feature a grand lobby, 24-hour concierge, a pool and spa, state-of-the-art fitness center, and secured parking, and will include 20,000 square feet of street-level retail space for restaurants, cafes, shops, and galleries.

Stationed at the microphone following remarks by the governor, hours before his lone debate with Minor, Booker said of reporters, “They want to ask me how the governor and I disagree on issues of small proportion compared to a project that will create hundreds if not thousands of jobs. They wanted to talk to me about political partisanship. …Let me tell you right now, partisanship did not build NJ-PAC.”

The crowd erupted in applause.

“We are here today because so many people have already made this day possible,” added the mayor. “I’m not the kind of guy who wants my ship to rot in the harbor. I’d rather be sunk at sea than be timid and meek, and this day calls for courage and action.”

A native of Newark with deep family roots here, Christie in his speech immediately prior to Booker’s, committed himself to a partnership with the city.

“Newark’s comeback is not coming, it’s here,” said the governor. “This is a great day for the city and mayor, you’re rightfully proud. …The mayor said ‘welcome home’… he’s running for something, isn’t he? But he’s right.” 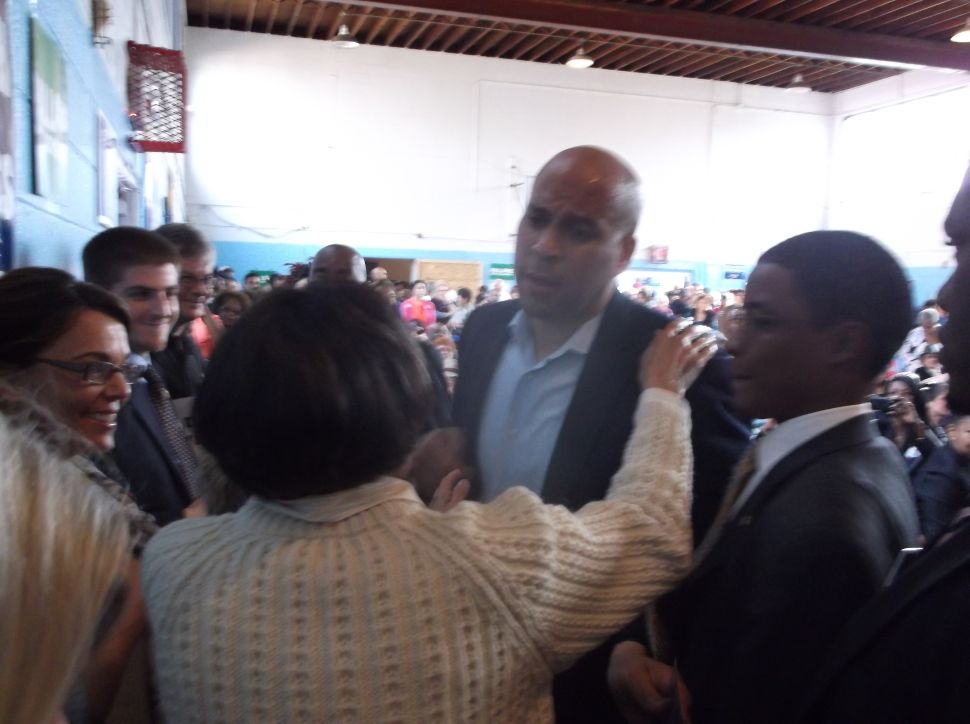